Finally on Friday, my project "Seasons" for the Hello Dollies challenge was ready for presentation on Saturday... as usual, last minute touches were needed. I decided on a "flat doll" project, for this challenge which was to "create your own fabric" to make a doll from a basic pattern provided. I thought the stump doll pattern lent itself easily to the flat doll idea. I had been working on the idea for a long time, making all sorts of different fabric, most of which was rejected and has since found other uses. I finally settled on four bits of  machine embellished  and embroidered fabric to complement a piece of space dyed commercial fabric on which I had stamped face images.
﻿ Trying not to use anything other than what was in my stash, I chose a neutral coloured fabric for the background and gave it a bit of depth by going over the surface with a black fabric pastel with a textured mat  underneath. My original idea was to have these dolls appearing to be standing under an archway, so I used a photo from a sandstone advertisement and with the fantastic technology of my computer, printer, and Lesley Riley's Artist Transfer Paper with a bit free form machine embroidery, the arches ended up looking a lot like stone.
The final piece was quite different from my original concept, which started out with a tree as the central  image and a connection between the arches. I did make a tree, but didn't use it as it gave the whole project too many focal points. I have another idea for the tree!

Although I had this ready for the presentation, I am planning perhaps to have some branches entwining the arches and replacing the  green felt back with some "seasons" themed poetry or sayings printed onto fabric. Still making those decisions... any good ideas?
Posted by Wilma Simmons (Empress Wu Designs) at 5:50 PM No comments: 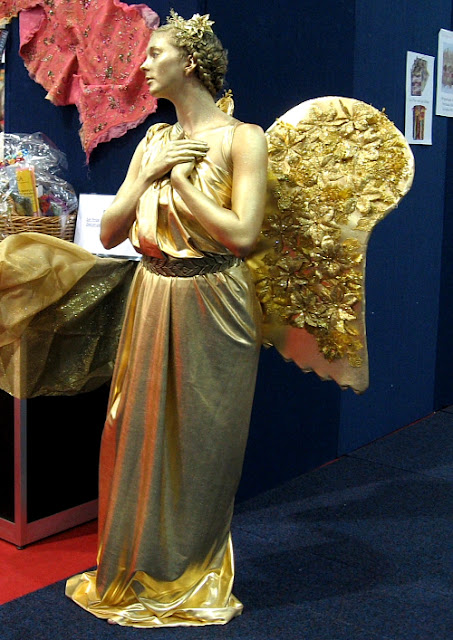 The Brisbane Textile Festival was not advertised as a heavenly event but an angel was there admiring the creative work! This golden vision was a real person of course, perhaps just stunned by the amazing work.  The main exhibition was Circus Berserkus,wearable art ... there was a festival of colour ... just a few of the works I photographed.  The third photo is a close up of the "Tightrope Walker" by Kirry Toose, the winner. 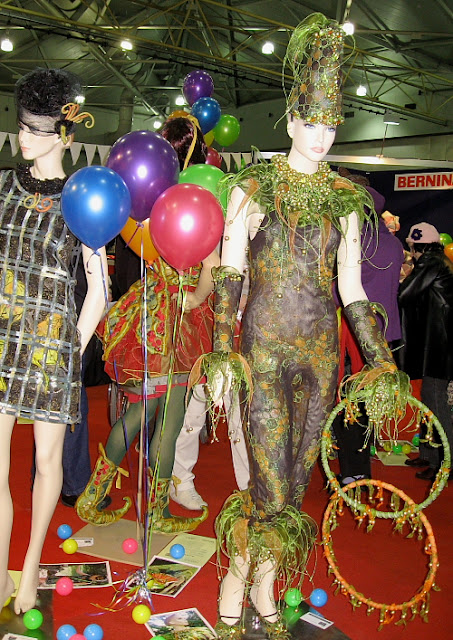 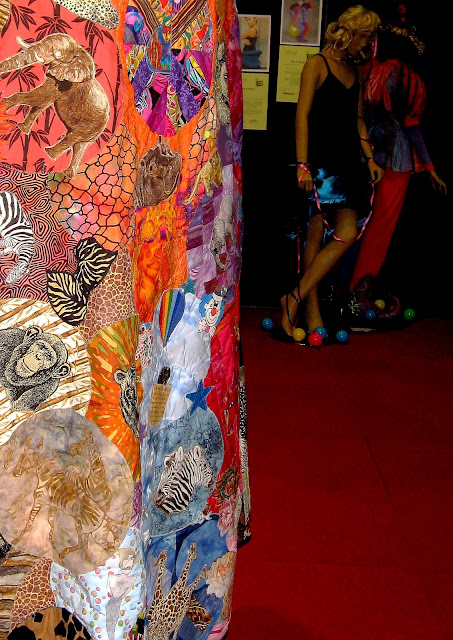 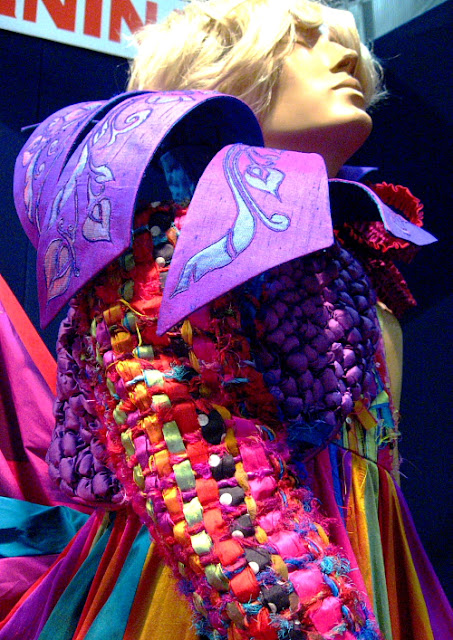 One of the exhibitions which captured my attention was the sewing machine "tattoos" or art skins ... textile art transferred to sewing machines... one way to personalise your machine! 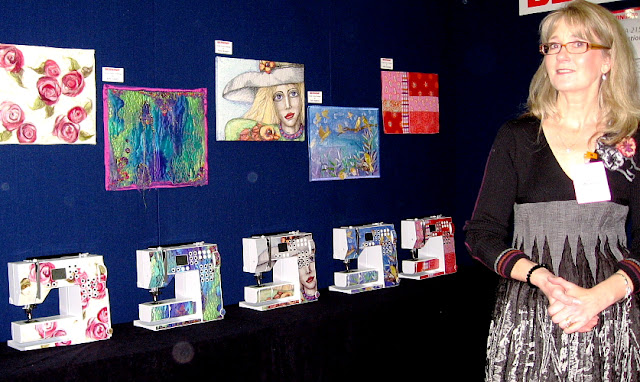 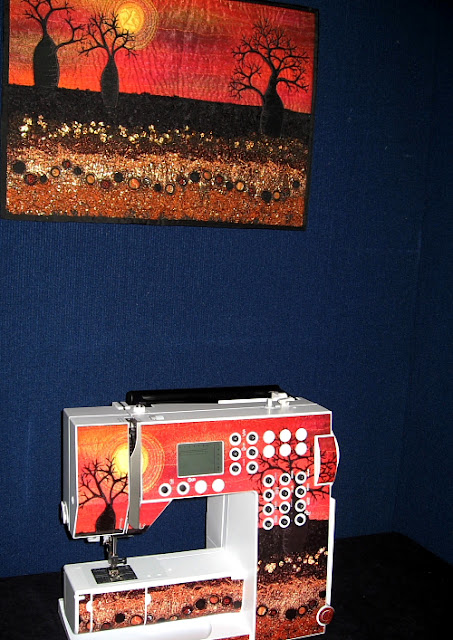 I was happy when I heard the winners of the best "dressed" stalls. They were amongst my favourites, too .
2 World Textiles and Tours was the best small stall and Dairing was the best large stall ﻿ 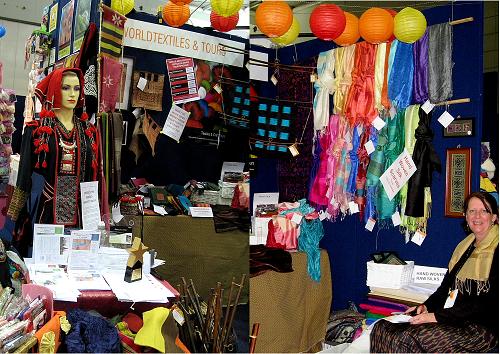 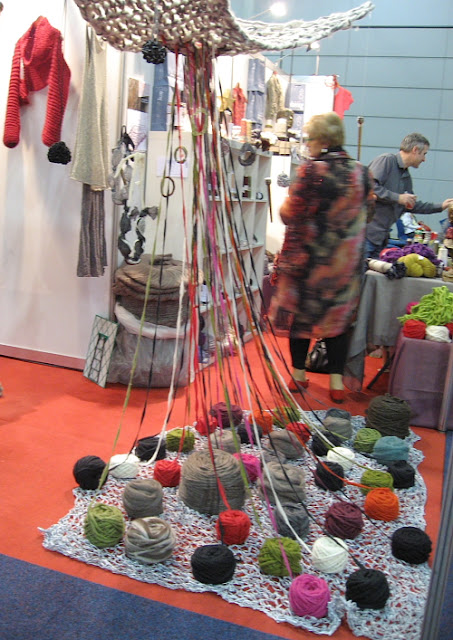 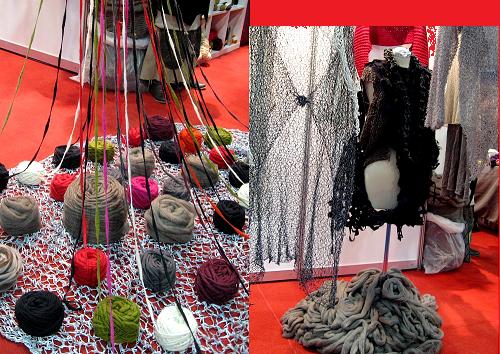 I fitted in a couple of workshops and was happy to have some time on a 12 needle embellisher machine. I made a wall hanging using only synthetic fabrics. I think it needs some hand stitching to bring it to life, but I though it was a reasonable effort for an hour and half! 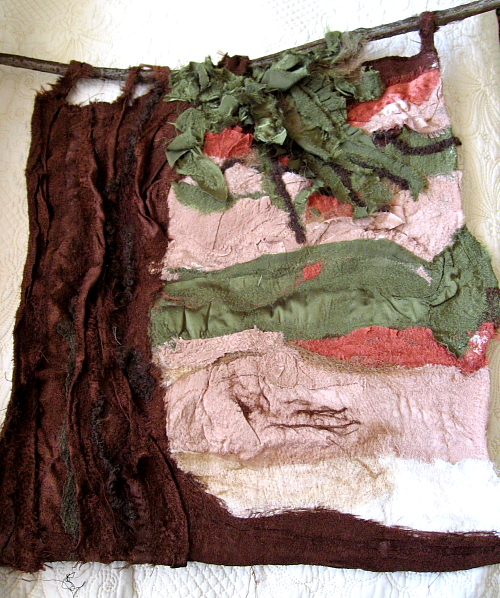 I did try to spend a little bit of time to visit with my niece, too and appreciate the views from her balcony. The weather was cold,rainy and windy, but there was one brave black raven resting on the building. 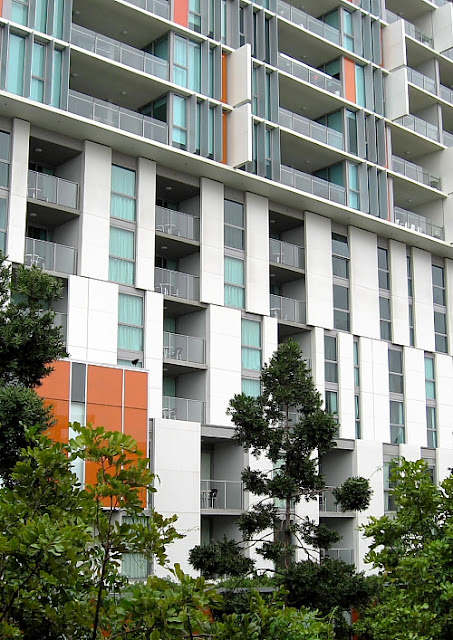 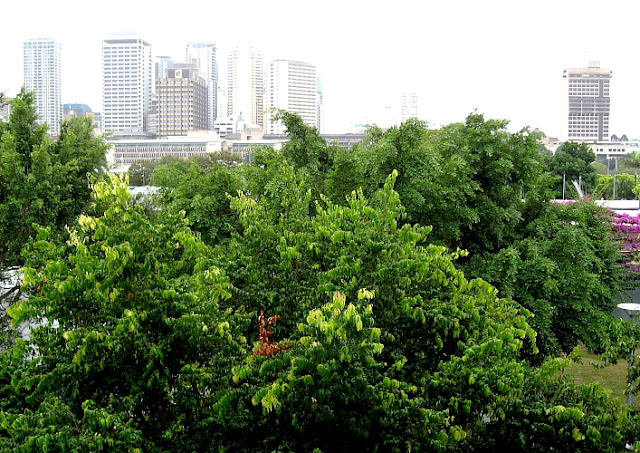 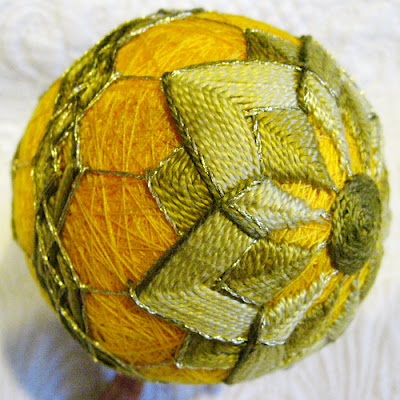 Winter temperatures have dropped dramatically in this part of the world in the last week , and my work room is cold… so most nights I have been watching some TV in the warmth of our family room. So, what projects can I do while watching shows like Master Chef each night? I decided to devote TV time to temari. Temari  are thread wrapped decoratively stitched balls - a Japanese folk craft originally made in ancient times to amuse children. I think most temari designers these days like to think of them as small works of  stitiched art. 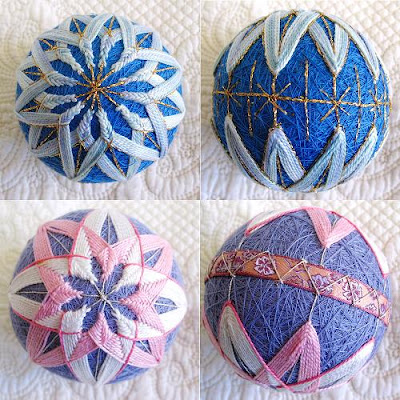 I was a raw beginner about six weeks ago when my mother got me started. I also bought a book which begins “How can anything that looks so intricate be so simple?” (from Japanese Temari, A Colorful Spin on an Ancient Craft by Barbara B. Suess). I must admit I was sceptical about the “simple” bit, but was surprised at the results from  familiar embroidery stitches. While I  haven’t attempted a complex division of the balls yet, and do not claim that I am at all proficient at making temari,  I am fairly pleased that I have managed a few different techniques and patterns... and been productive while watching TV. 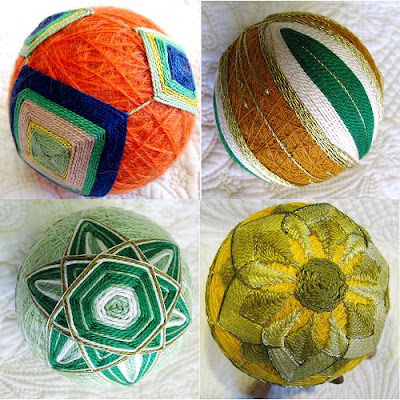 Uh -oh ... I should have read further into the book ... It cautions " Stitching temari can be highly addictive!" . I think it's too late.
PS If you read the previous post, the work on the Seasons Challenge is proceeding - more photos next week!
Posted by Wilma Simmons (Empress Wu Designs) at 2:31 PM 6 comments: 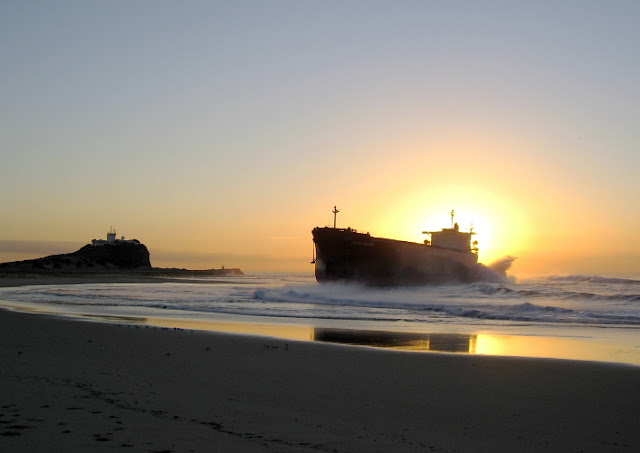 To herald the beginning of Winter, the weather has been cold, rainy and stormy this week, so like most people who live in Newcastle ( NSW, Australia), I have been thinking of that memorable June weekend in 2007, now known as the Pasha Bulker weekend when this huge ship ran aground on the beach during a winter storm ... but I have bigger challenges related to Seasons to contend with.

My doll makers' group, Hello Dollies, has a challenge to create a cloth doll, using the theme " Seasons" as inspiration and with only one rule that the fabric used must be of our own creation. As usual, I have left it to the last few weeks and although I have been thinking about the project for months, it is only in the last week or so that I have been propelled into action. I chose the stump doll pattern from the choice of two patterns provided. 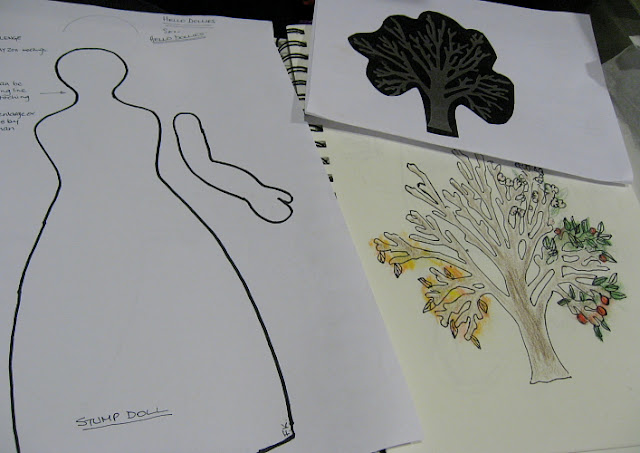 Idea No.1 was to paint fabric and then machine embroider it and use it as the body for the doll and I was going to use the tree template to create the four seasons of an apple tree - spring flowers, summer fruit, autumn leaves and winter branches. Idea No. 2 was to develop the idea of a series of dolls, somehow using the tree concept as well. It is still an idea but it all seems too difficult now with so little time left. 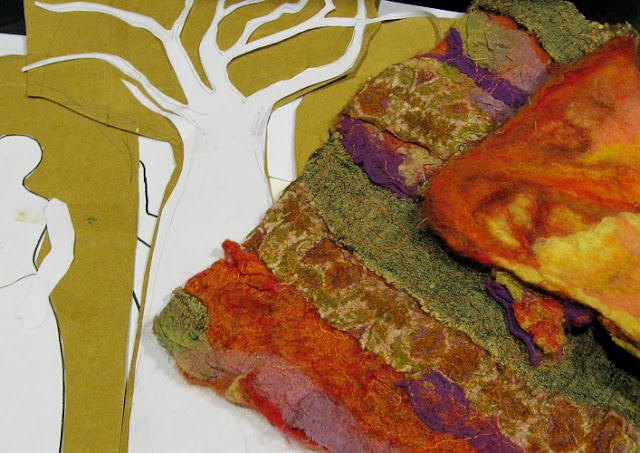 Idea No. 3 was to create fabric with my embellisher machine. Great idea - quick and easy! Using fabric previously made as a sample, I made different textured pieces of fabric in what I thought were seasonal colours. How wrong can a simple task turn out? Spring somehow looked far more like "water", Autumn and Summer were just too dark and somehow looked "tribal". So another distraction or procrastination? I was diverted from the main task, and this week, I felt compelled to use the fabric I made and rejected for the Seasons project into little wearable art pouches. I'm happy with these, but not with the prospect of making more "seasonal" fabric. 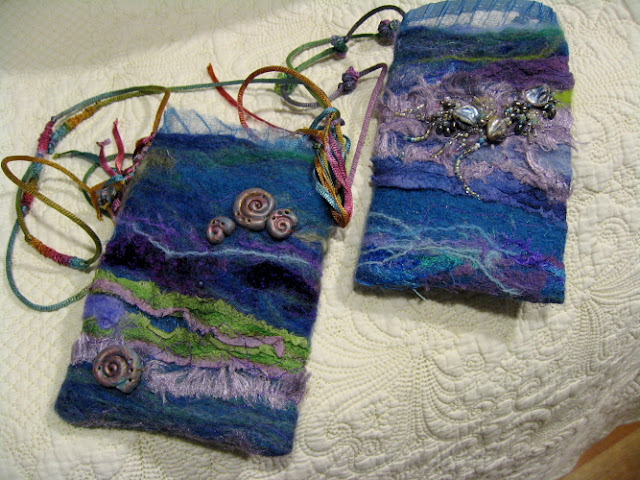 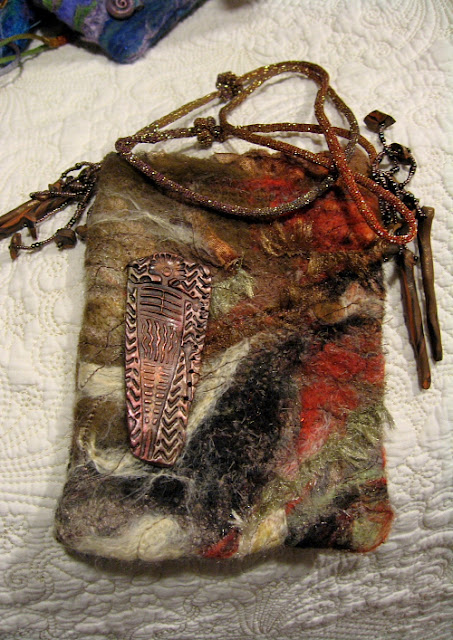 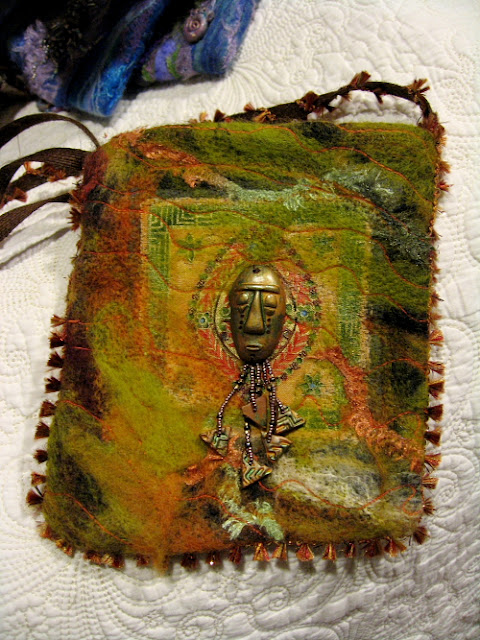 The project plan today ( is this Idea No. 4?)  is to make four flat dolls each representing a season, using machine embellished and surface embroidered  fabric. Each of the flat dolls will be displayed as if they are emerging from an archway or doorway. Arches/doors 1 and 2 and 2 and 3 will be connected by a flat fabric tree and hopefully, the whole project will be free standing depicting the transition of the seasons. 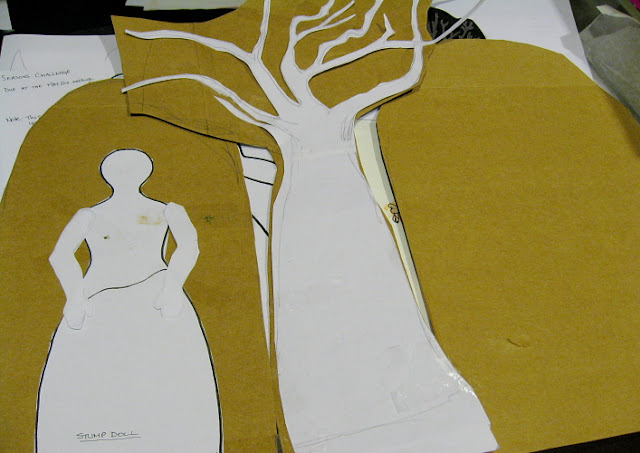 If you feel like making a comment, I would love to know what you think of this idea - will it work? any tips for construction? any better ideas? what colours do you think of for each season?
Posted by Wilma Simmons (Empress Wu Designs) at 12:29 AM 3 comments: