I confess to being a fan of Angry Birds and challenging myself to a game of Angry Birds Ham'O'Ween will be about as far as I will go to celebrating Halloween here in Australia. However it did start me thinking about how birds became associated with this celebration with its Celtic origins. I can understand spiders, bats and even black cats  and wolves associated with spookiness, but birds?

It appears that the black raven has long been considered rather ominous, in spite of  a harmonious history of sharing the environment with human beings. Associated with wizards and witches,  the raven supposedly inherited some secret powers "to carry magic across long distances  and collect secrets to bring back ... " (from natureworldnews.com)   Add this information to its throaty  territorial "kraa" call and scavenger habits, it is no wonder that the raven might seem rather spooky on an eerie night.  And if you have been watching the BBC series 'Wolf Hall", you might be interested in this piece of  historical trivia. It is said that if anything happened to the six ravens kept in the Tower of London, then some terrible fate would befall the Crown of England.

However, it seems hard to imagine with currently so much "pretty" owl merchandise for clothing and home decor, how the owl has become such a popular Halloween symbol or maybe not?
Portrayed typically as a companion to witches and Hedwig's popularity as Harry Potter's pet, the owl's connection with Halloween may be a little more obvious. Its screech in the dead of night has been likened in many stories to a witch's cackle.  Perhaps a more prosaic explanation for owls being considered rather scary at this time of the year is that it is Autumn in the northern hemisphere. In Autumn, tawny owls in particular stake out their territory by their nightly screeching and swooping, so it's not hard to imagine being terrified on a black night by those piercing eyes and a rushing advance of wingspan.  So, besides Halloween, what do these two high flyers have in common? Their intelligence?
The owl's association with Athena, the Greek Goddess of Wisdom, has helped to make it a symbol of enlightenment, cleverness and wisdom. While owls are extraordinary creatures with amazing hunting ability and super eyesight, they are not any more intelligent than other birds. Why then "wise as an owl" - they look smart ! Its fixed large eyes give an owl an intelligent probing glaze. The truth is that the owl uses its brain to process information from the optic nerves to allow it to filter light and to develop the super powers of phenomenal peripheral night vision. So perhaps from a human perspective, owls may not be wise, but there is an awful lot going on its brain. (fromwww.scienceiq.com). The raven, on the other hand, is really smart and named in scientific studies as the most intelligent bird, displaying an aptitude for using logic in problem solving, imitating other bird calls, interacting with other animals, performing multi-task sequences  and managing a highly complex social lifestyle. This often maligned bird has the largest bird brain and lives a long life both in the wild and in captivity. Interesting? Here is a video of  some clever ravens.... Happy Halloween!

Posted by Wilma Simmons (Empress Wu Designs) at 11:56 AM No comments:

Can you hear the Songs of Spring?


“Those who contemplate the beauty of the earth find reserves of strength that will endure as long as life lasts. There is something infinitely healing in the repeated refrains of nature -- the assurance that dawn comes after night, and spring after winter.”
― Rachel Carson, Silent Spring

Can you hear the songs of spring?  ( Click here to see more eco prints)

Posted by Wilma Simmons (Empress Wu Designs) at 12:50 AM No comments: 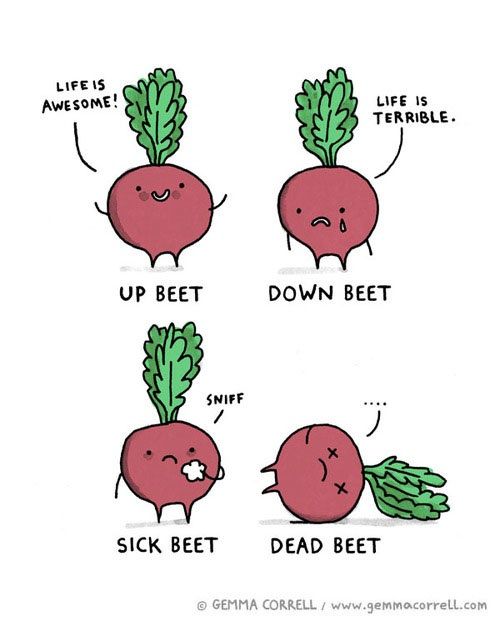 "It's not a real Aussie hamburger unless there's sliced beetroot on it."
" Red Velvet Cake? The CWA (Country Women's Association) Beetroot Cake is even better!"
" Australian gourmet dip = beetroot dip "
In our family, we love fresh beetroot roasted, in salads, in dips but especially cooked and  home-preserved in  sugar and vinegar. My husband 's secret ingredient is raw sugar only - no processed white or brown! My daughter-in-law even asks for jars of this beetroot as a Christmas gift! 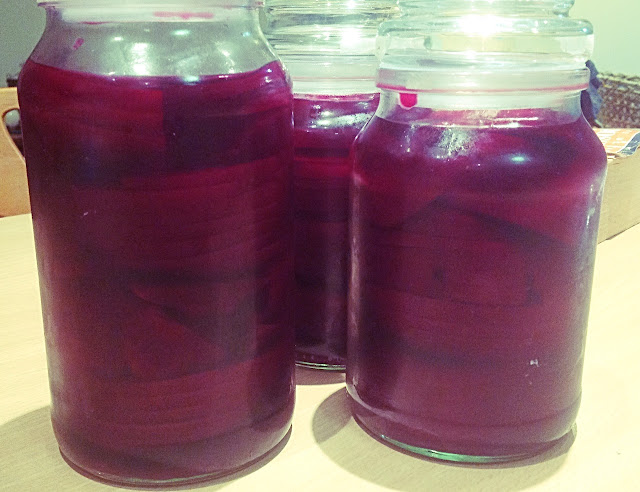 I wonder why and  how the  beetroot became such a favourite with Australians, especially when the largest producers are USA, Russia, France, Poland and Germany and traditionally, beetroot appears in the classic dishes of Central and Eastern Europe. Perhaps it's because we know that beetroot is so good for us . Beetroot has been called " a health food titan". It is full of vitamins, minerals and anti-oxidants, as well as having the bonus of being low in fat and high in fibre. Medicinally, beetroot helps the detoxification processes in the liver. Beetroot juice has had such a great rap since Gold Medallist Paralympian David Weir attributed his success to it and some trials showed that it may decrease blood pressure. There are many claims to the benefits of beetroot including :  the suppression of  some forms of cancer by its plant pigment; increase in amino acids improving the health of the intestinal tract ; and increase in  the number of white blood cells which in turn helps to detect abnormal cells .(from http://www.bbcgoodfood.com/howto/guide/ingredient-focus-beetroot)
Aah - perhaps that is why we put beetroot in hamburgers, creamy dips, chocolate cakes ? To counter all the other " unhealthy" components of such food items, and even the alcohol which may be also be consumed with these choices!
Personally, I like beetroot because it is a "multi-tasker". I love eating beetroot cooked and raw and  I have often used "beetroot' as a  source of inspiration for art work. 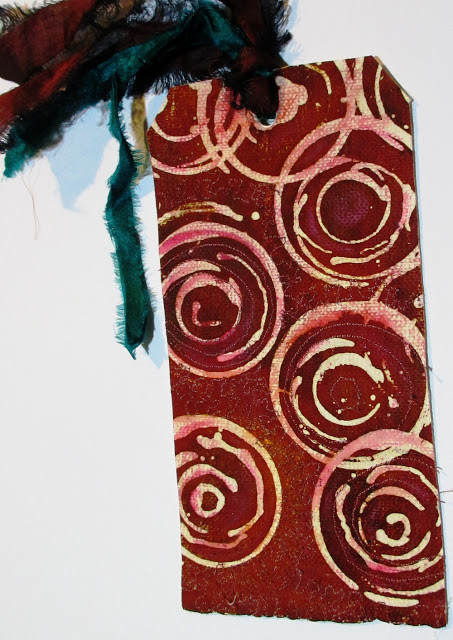 This week, after cooking some beetroot , I saved the water and did a little experiment with it as a dye. I thought as the colour of the water was such a rich red, the resulting colour on fabric would be great?  I added various mordants into separate jars - vinegar, alum, copper sulphate and iron sulphate. I mixed the mordants in with the beetroot water and put some small pieces of cotton and silk fabric into the dye mixture in glass bottles and put them outside for a few days. 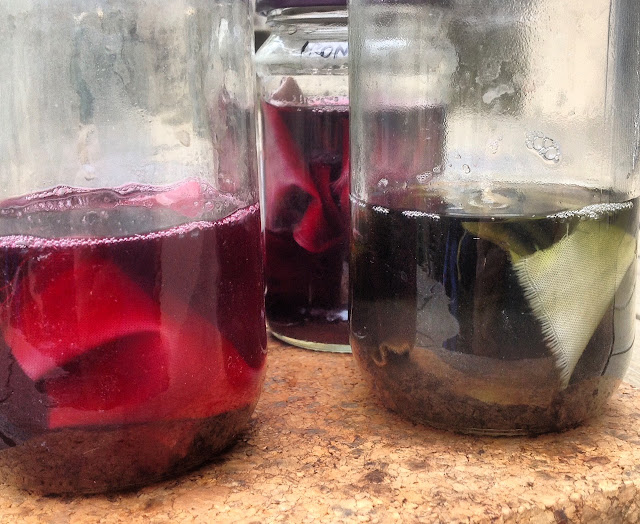 I then read one of my eco dye books which explained that beetroot is not a dye source, but more of a stain. Nevertheless, I persisted and allowed the fabric in the dye mixture to "stew" in the sun. The results were less than brilliant.  I think  they are pleasingly rustic and "natural" even if somewhat underwhelming. 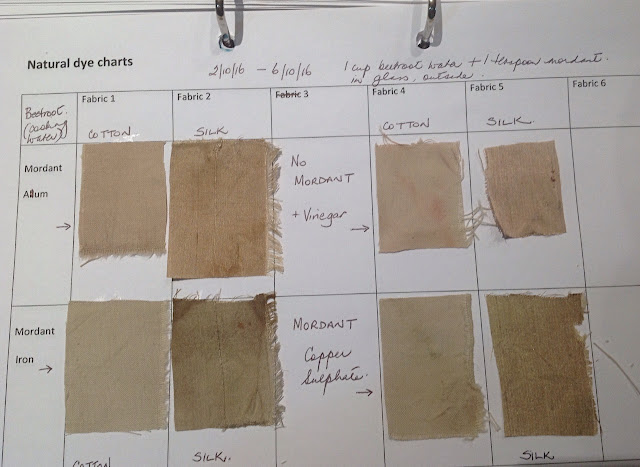 While the photo does not show the colours well, it is obvious that the silk took the colour better and consider that all this happened without boiling or steaming. The copper sulphate mordant did give a slight greenish tinge and the iron resulted in a greyish-black undertone to the basic "antique" hue. The samples with alum were the darkest and brightest and some pink remained in the lot to which vinegar was added later. I still like these  rather muted colours and will even use the samples in other art work. And I still have a full pot of beetroot water - which mordant will I use? I might think about it while I eat a cheese and beetroot sandwich!

Posted by Wilma Simmons (Empress Wu Designs) at 7:00 AM No comments: