Anything Goes ...with a touch of lime green 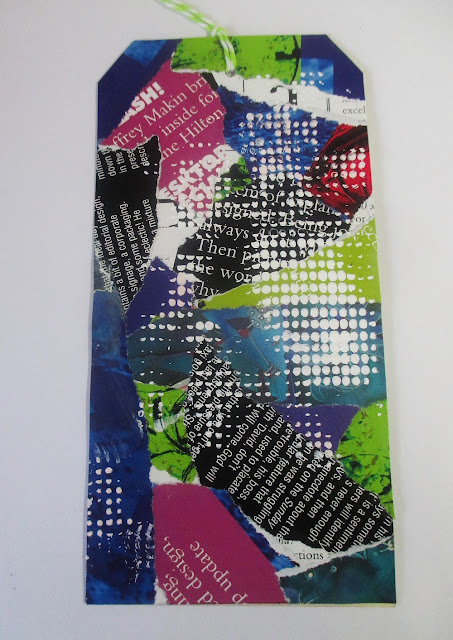 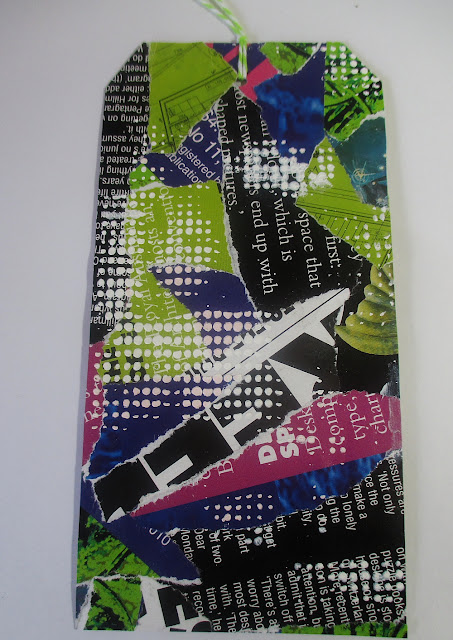 Here is how I created these tags ....

Such a long time since I have written a blog post .... I have neglected both my blog and Tag Tuesday in the last month or so, but here I am back with renewed enthusiasm.
This fortnight and I am just meeting the deadline the theme is Music - there are  many links to fantastic musically creative tags here on the Tag Tuesday blog ... I used one old piece of sheet music ( I think my children now in their 40's had this when they were in their high school band)  and made six tags from it.

The first uses the music as a background and I cut and glued a piece of interesting fabric over the top - I think these are people enjoying a good old fashioned dance.

The second also uses the music as background, and a photocopy from a book about Gilbert and Sullivan  about  the ban on playing the Mikado in England in 1907. Japan had just beaten Russia at war and was considered an emerging world power.  England behaved cautiously when Japanese Prince Fushimi made an official visit . Lord Chamberlain withdraw the licence for stage presentations of The Mikado for fear of offending the Japanese! Little did Government authorities know  that Gilbert and Sullivan wrote the musical as a thinly veiled parody of all things English!

And the  what do you do with scraps of paper left over, especially those previous bits of the musical sheet? What about some scrappy quirky tags? These are four   smaller tags, using magazine cut outs and  paper scraps and doodles. Just a bit of fun!
Posted by Wilma Simmons (Empress Wu Designs) at 10:11 AM 3 comments: