Who could resist this welcoming sign? I was told that this was the place with great coffee and scones but the recommendation didn’t mention the wonderful surprising bonus - the ART! 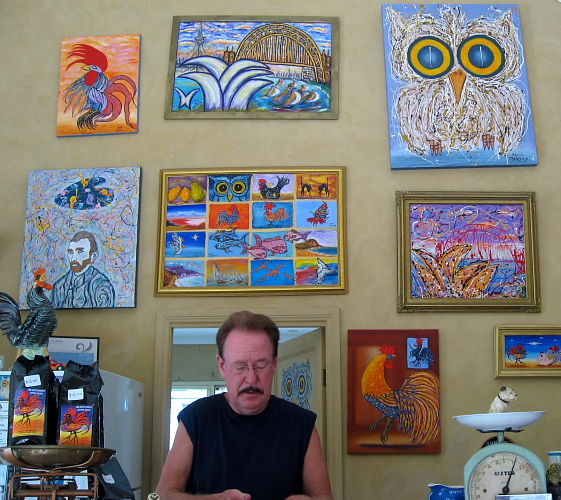 I visited this really inviting, appealing, quirky and interesting art space last week - David Mahony Art Gallery and Coffee House - in Sandy Hollow on the Golden Highway Upper Hunter Valley, New South Wales. Here are some facts about Sandy Hollow
• Village on the Golden Highway bordering Wollemi National Park
• Overshadowed by the dramatic sandstone hills of the Giant’s Leap
• 255 km north of Sydney, population 140
Sandy Hollow was originally a campsite for travellers at the junction of the Goulburn River Valley and Halls Creek. The surrounding area was settled by pioneering graziers in the 1820s. The town achieved a brief moment of fame when Captain Thunderbolt, the bushranger, held up the Denman-Merriwa mail service in the 1860s. 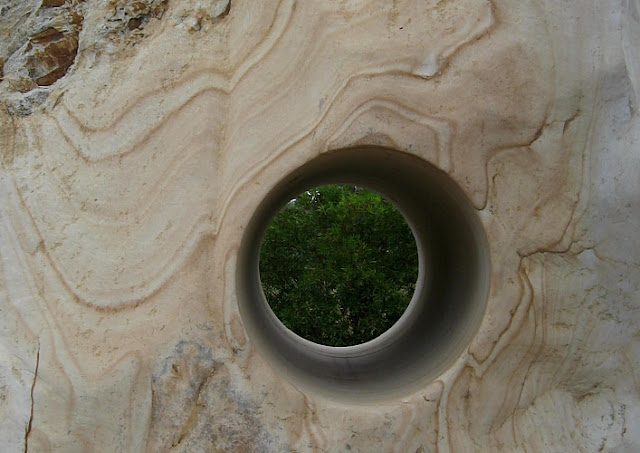 The tourist website blurb does not mention David Mahony’s sculpture garden or his other artistic endeavours all on display while you sip what one local patron described to us as “the best coffee around”, but I really recommend that you visit David, indulge in the devonshire tea, and spend some time appreciating the art, too. 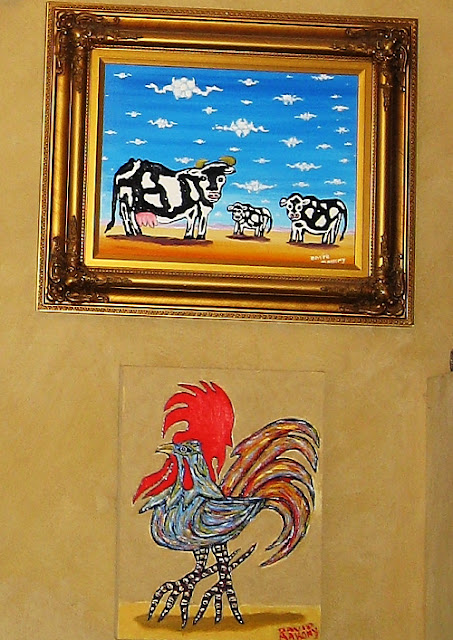 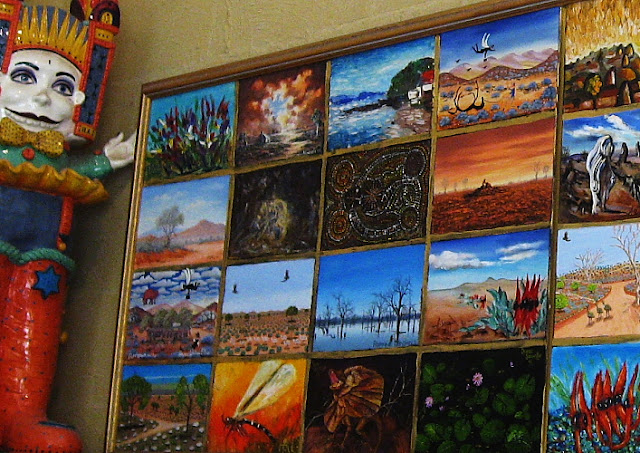 There were even Australian art works in the toilet. 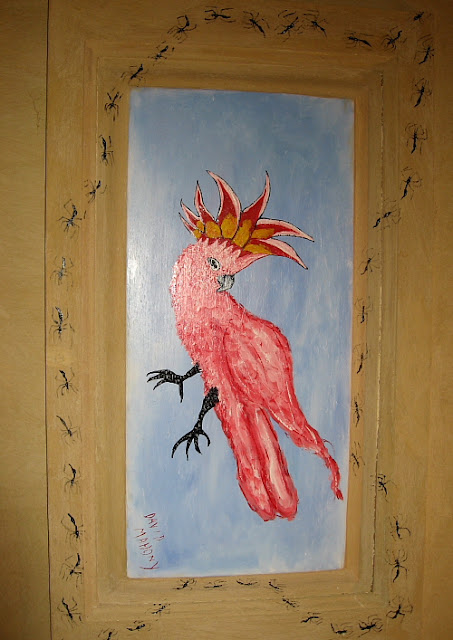 David also took time to explain the stories which inspired the mosaics - local legends of a female bushranger and the traditional stories of local Aborigines. 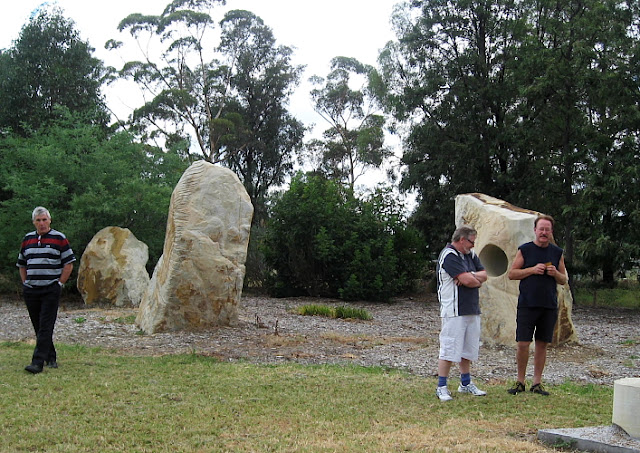 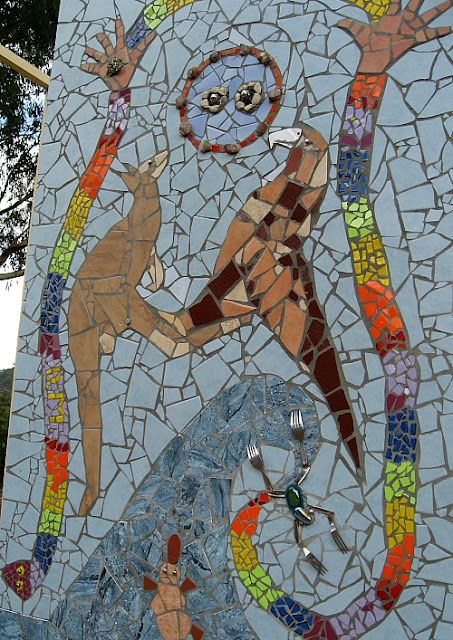 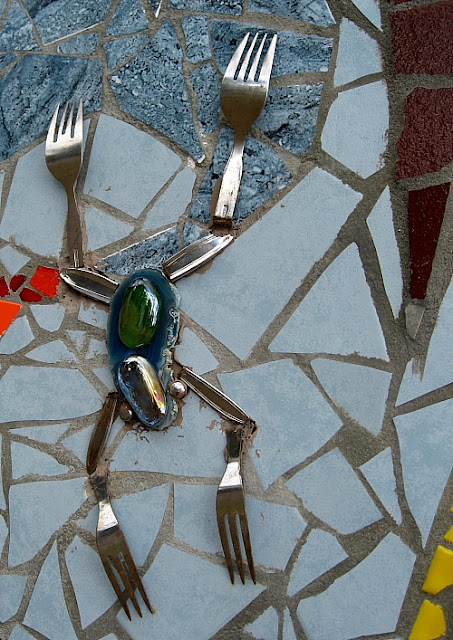 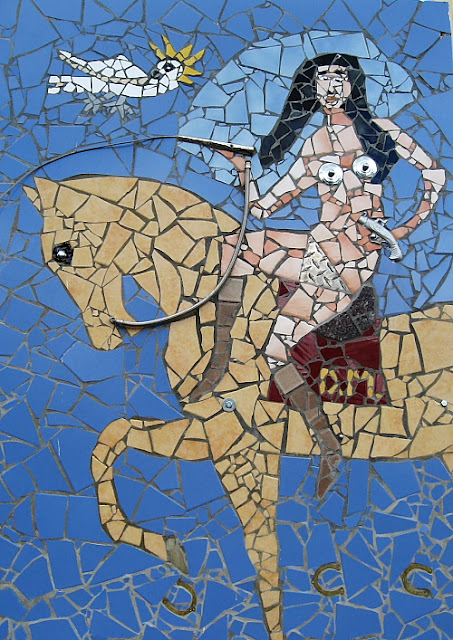 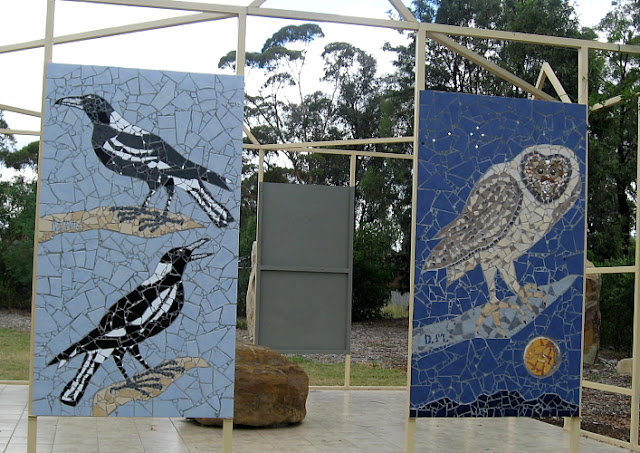 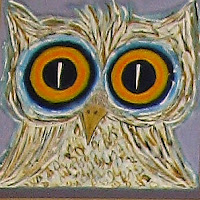 As my sister is an “owl collector” I was also engaged by the obvious affinity to owl art -  a theme throughout  - the advertising, the paintings, the mosaics. Owl afficionados would find this place a sanctuary .  There was something very appealing, irreverent and humorous about David's art . My favourite was  the “hung “ parliament which was overseen by none other than a larger than life Dame Edna Everidge ( for those non-Australians – our last election created a hung parliament, but certainly not as friendly nor as wise  as this owl parliament!) 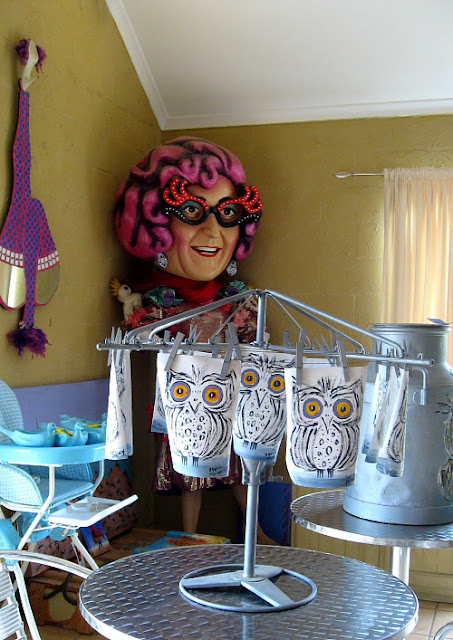 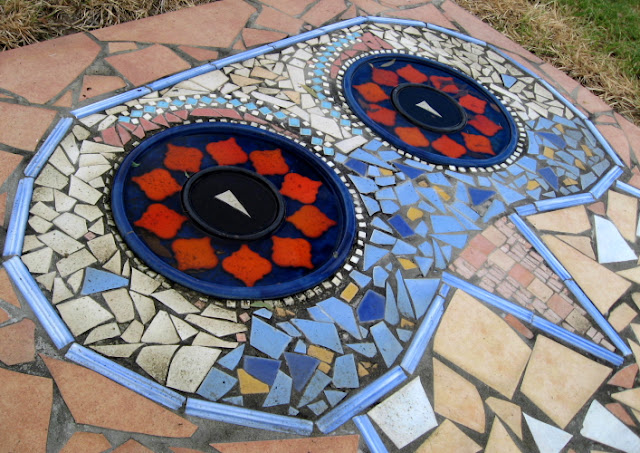 There is certainly an eclectic mix of art to look at – thanks David for making the change from the banking industry to art – you have provided a wonderfully refreshing highway stop for travellers and local residents. 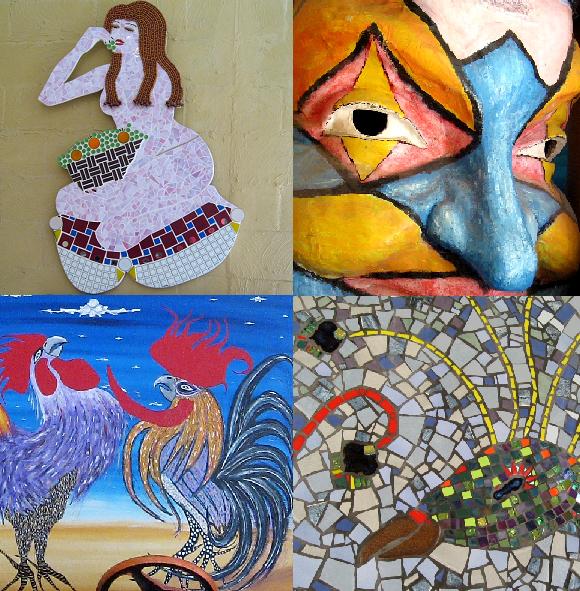 From this little glimpse of David Mahony’s Art Gallery and Coffee House, it is certainly one stop you too should make on the Golden Highway at Sandy Hollow in 2011.
Posted by Wilma Simmons (Empress Wu Designs) at 5:36 PM 1 comment:

One World One Heart Winner 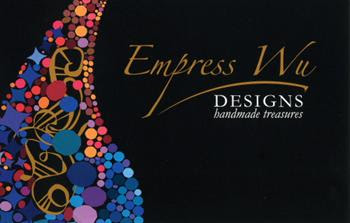 Thank you to all who visited my blog and entered the One World One Heart Giveaway 2011.  I confess that I did not get  around to visiting  all the blogs I was hoping to during the event, but I will get to you in the next few weeks. Special thanks to the lovely Lisa who hosted this amazing worldwide blog event, with 876 participating blogs. And now for the winner  - I employed Random Integer Generator to do the draw ... 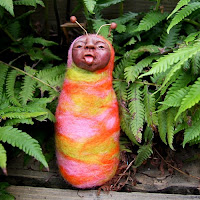 so this means ...
The winner of the two bugs : Masters Amiable and  Cheeky
is Deci from http://www.gemtrails.blogspot.com/ . Congratulations - I hope you enjoy owning these two whimsical, slightly off beat characters.
As soon as I get your postal address these little bugs will be winging their way to you.
Posted by Wilma Simmons (Empress Wu Designs) at 12:13 AM 4 comments: