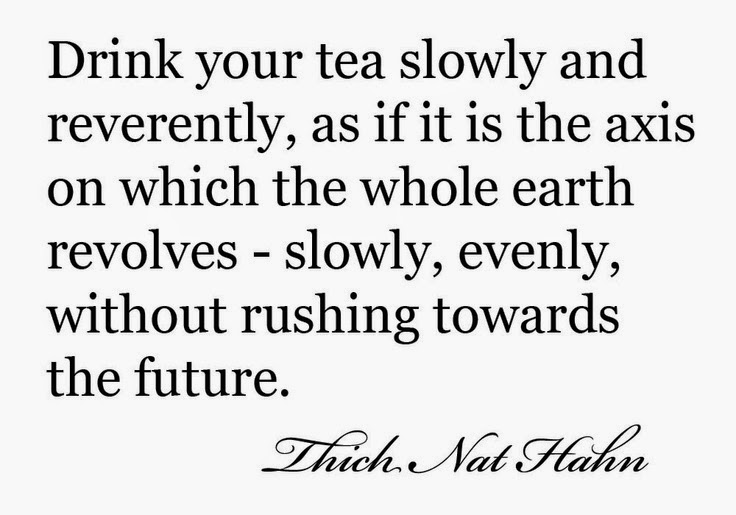 Here's another post in my series of tea thoughts on a Thursday...
I had never thought I was fussy about tea .... I prefer tea made in a pot, but will happily drink tea bag tea of all varieties.   However, here are a few discoveries I have made about my tea drinking practices
- tea does taste better when drunk slowly and even better when the preparation is not rushed. ( hence the quotation above)
-   there are some  tea bags ( I recently purchased  them for dyeing) which really are not worth drinking and I don't! So it's definitely true -  not all tea is equal  despite the labelling.
- tea taste does improve if the temperature of the water is right  and the period of steeping time is appropriate . I have included the table below for reference. Although it is suggested 175degrees F (79.5 degrees C)  for green tea , I must admit that I like about 86 degrees! 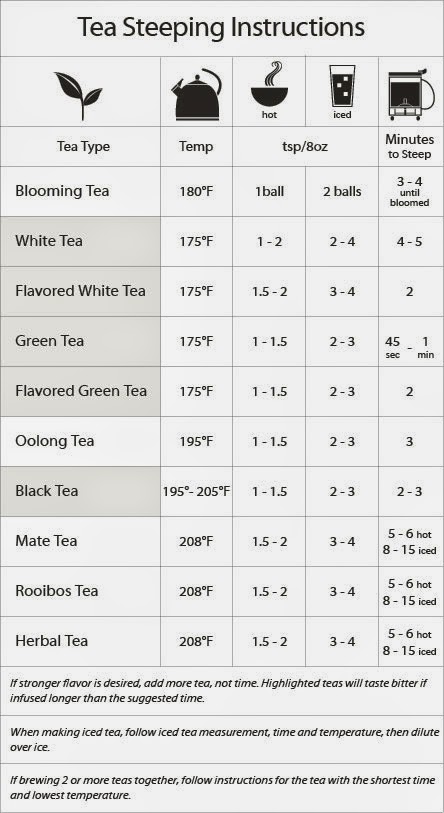 - and although I usually  drink tea without milk or sugar, on the occasion, I might have a drop of milk (lactose free) in a cup of  strong black tea, I definitely like the milk in the cup first!
On this evidence, perhaps I am a fussy tea drinker...
Posted by Wilma Simmons (Empress Wu Designs) at 7:30 AM 2 comments:


In my series of blog posts about "Arty Places" the iconic Nobbys Lighthouse is the latest... right in the heart of the city where I live and I didn't really appreciate its beauty until I walked up to the lighthouse last Saturday.
The day was perfect - clear skies providing a palette for the occasional fluffy cloud, a sea breeze singing of Spring,and the lighthouse shining white at the top of the headland. The lighthouse is usually open to the public only on Sundays and is a popular tourist attraction, adopted as a symbol of Newcastle. It wasn't always ...
Captain James Cook was the first European to note Nobbys Island from the ship "Endeavour" in 1770,and was described by Cook as "a small clump of an island lying close to shore". It was not until the discovery of coal by Europeans in 1797 by Lt. John Shortland, however, that the region was viewed as having any significance. From its early beginnings as an isolated island, Nobbys has changed significantly over the years. Nobbys was joined to the mainland and then reduced to half its original height, now 27.5 metres.
With its prominent position at the entrance to the Port, a lighthouse was built and just after midnight
on the 1st January 1858, the light came into operation. At that time, the light burnt China Tea Oil,
which gave a more brilliant light than kerosene and was less dangerous. It was later replaced by a fixed, incandescent kerosene vapour lamp. In 1935 the 100,000 candlepower light was changed to 580,000 candlepower, visible at a height of 35 metres above sea level.When Governor Macquarie ordered a pier to be built to join Nobbys to the mainland, convict labourwas chosen to do the construction.The building of the pier was a hazardous job with the convicts having to work under all sea andweather conditions, night and day. Many lives were lost to the sea during the 38 years it took to build. The rock taken from Nobbys to reduce its height was used in the pier's construction.  (information from www.lakescan.com.au) 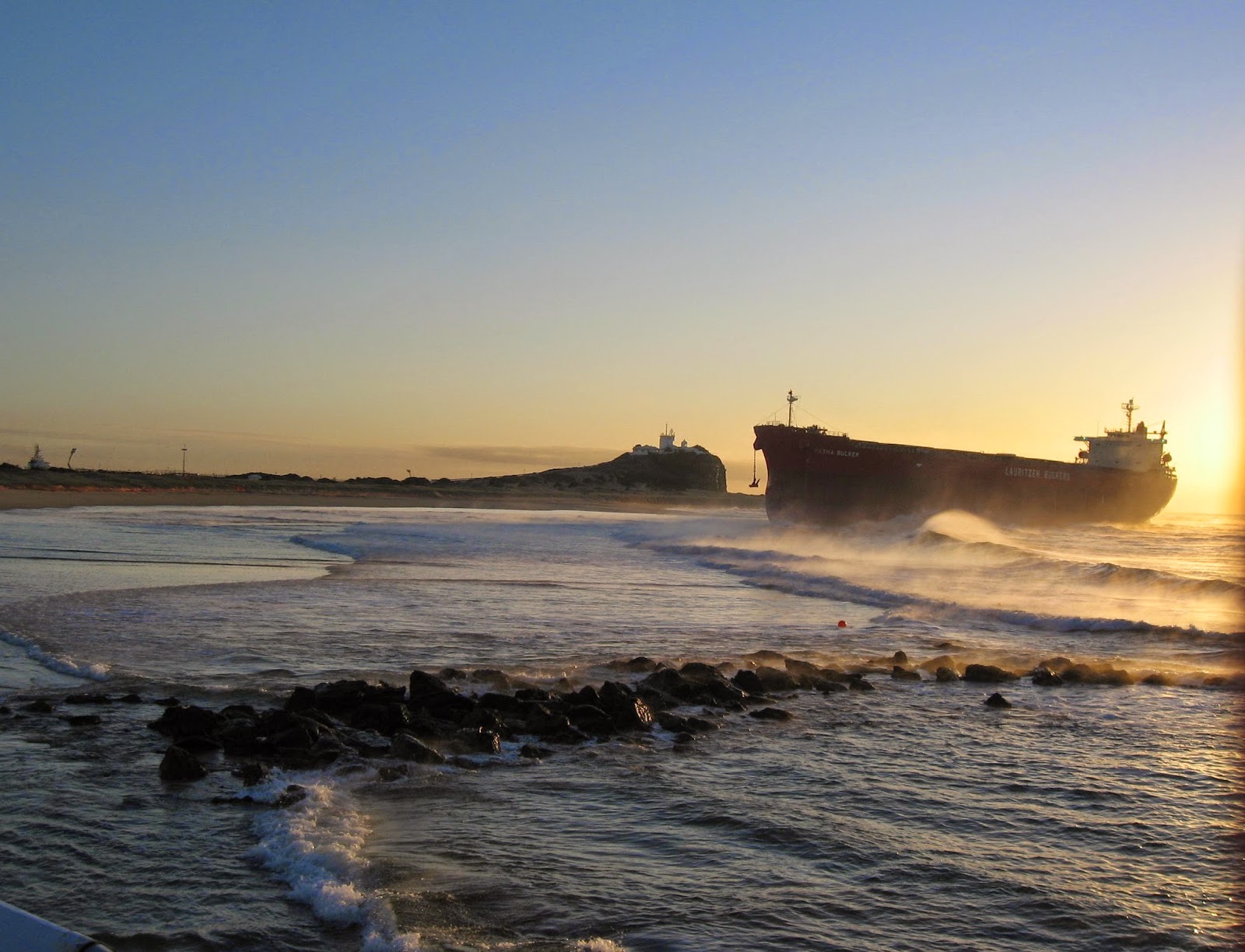 In  June 2007,   we joined the  professional and amateur photographers from all over the world, trying to get the best image of  the lighthouse headland when the Pasha Bulker ran aground on Nobbys Beach ... 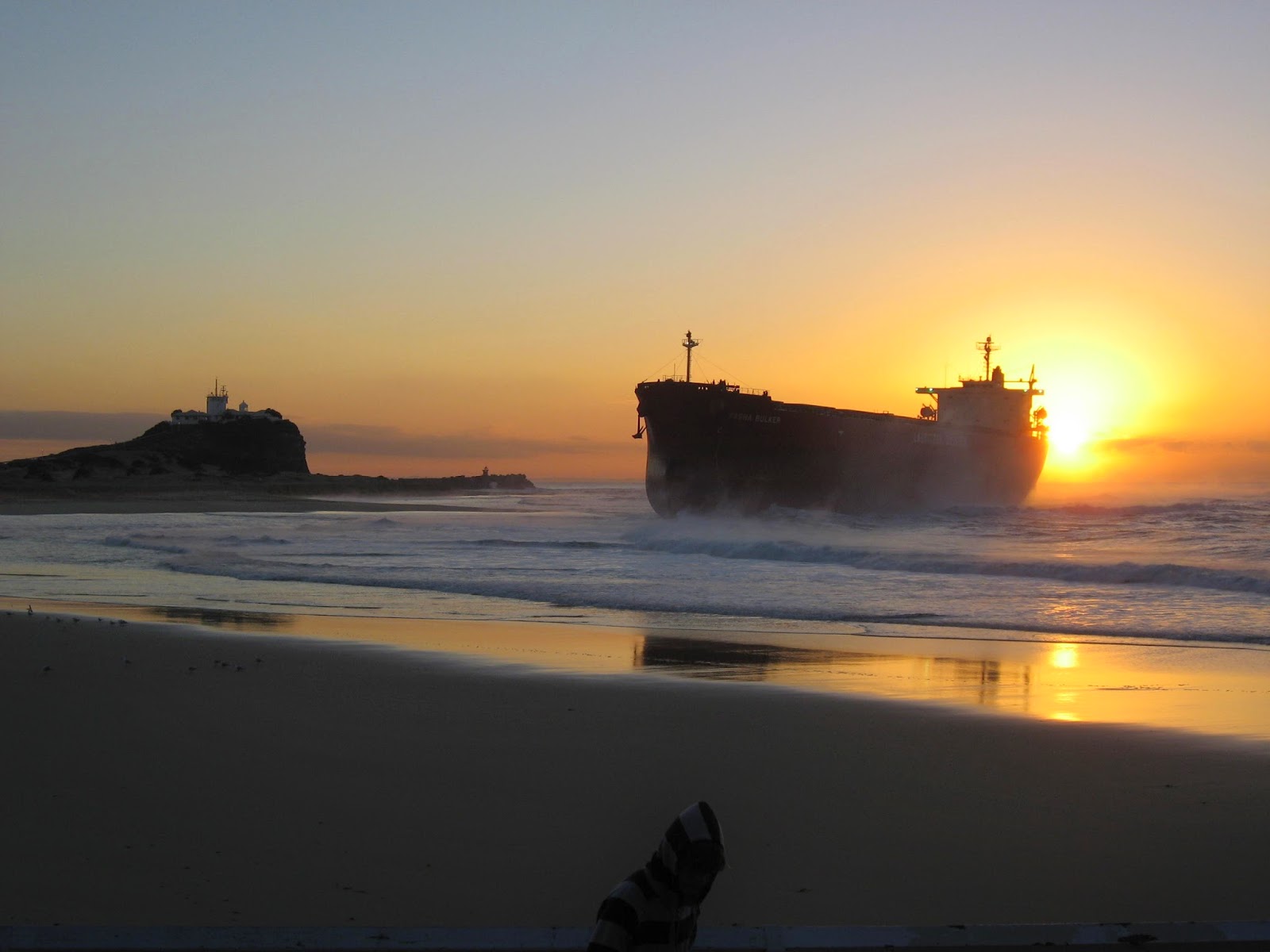 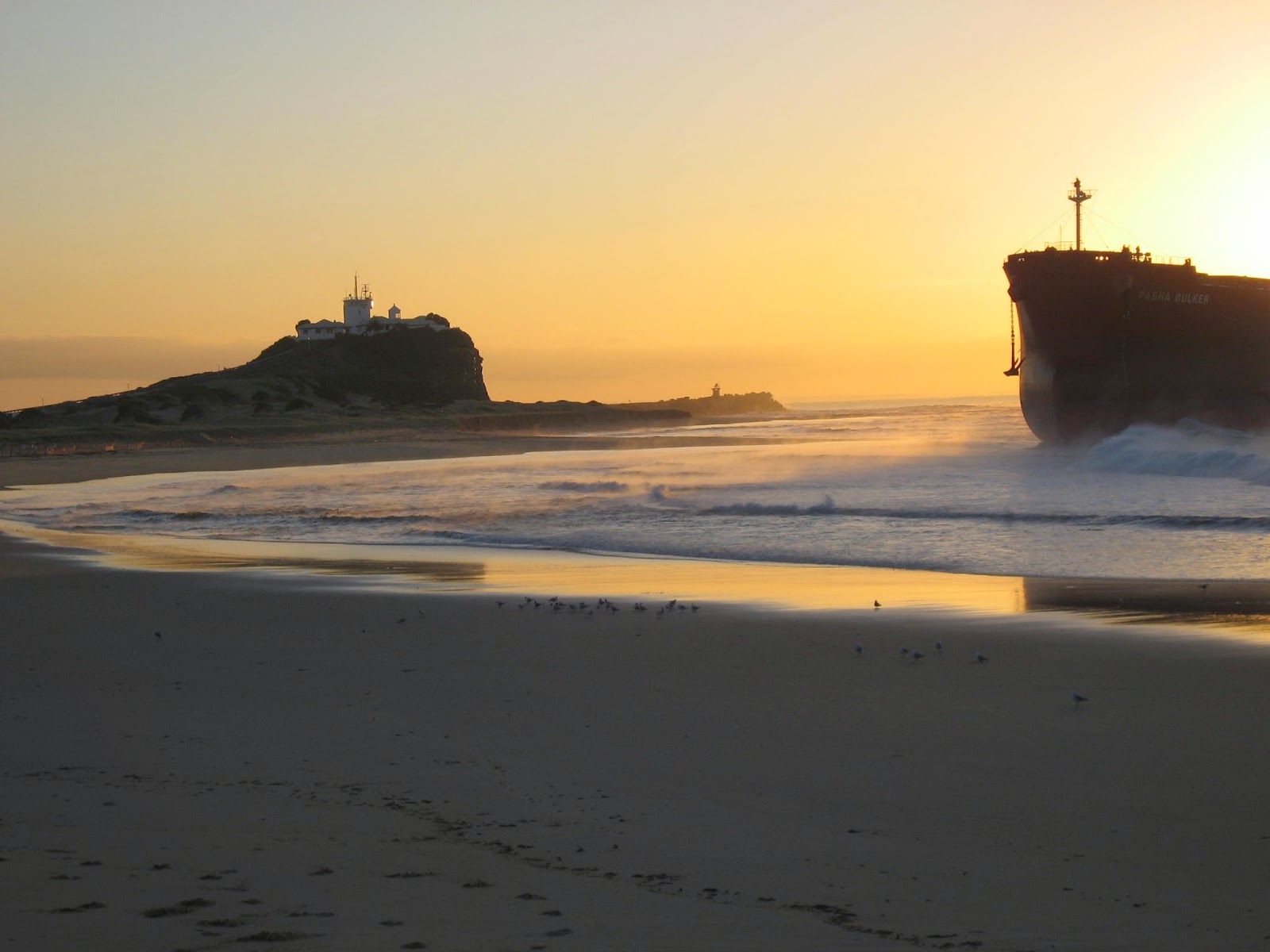 .
Back to the present.... The walk up to the lighthouse has wonderful scenes to savour - I loved to stop and look at the flowers and the rocks .... and I was catching my breath! 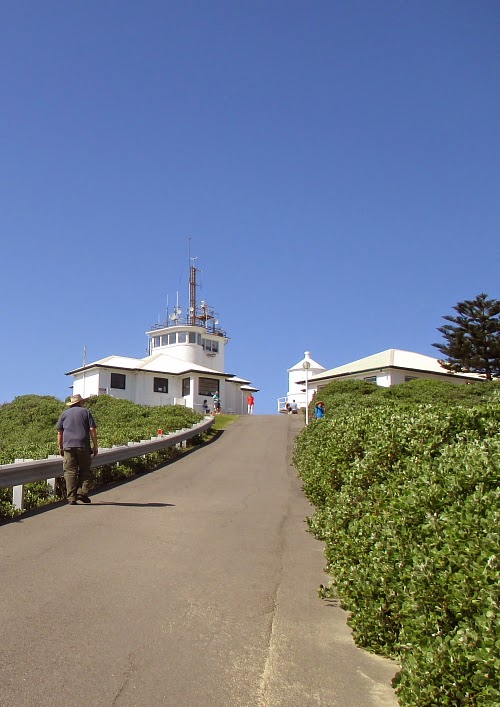 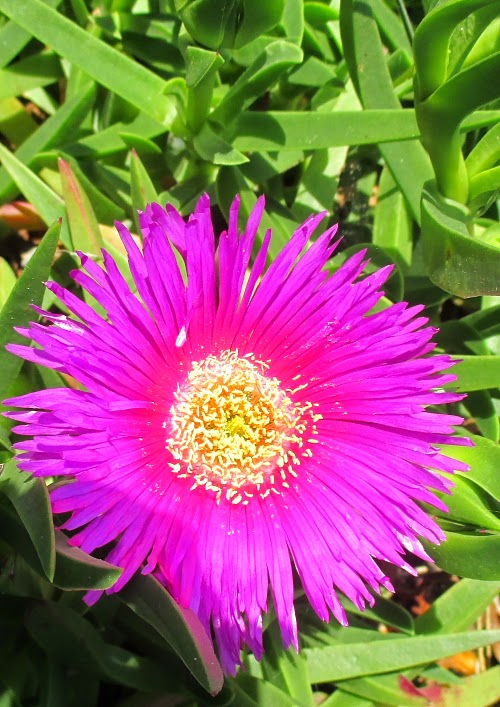 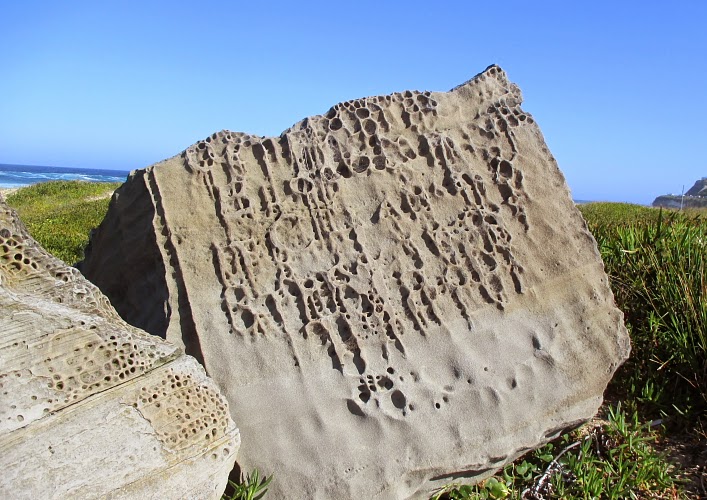 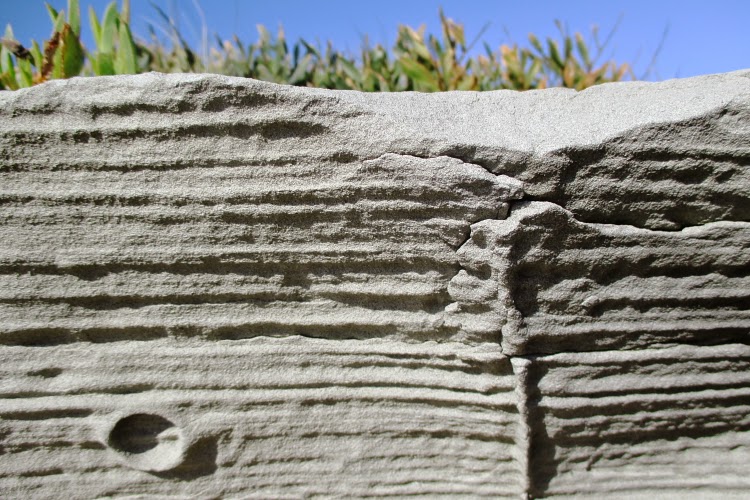 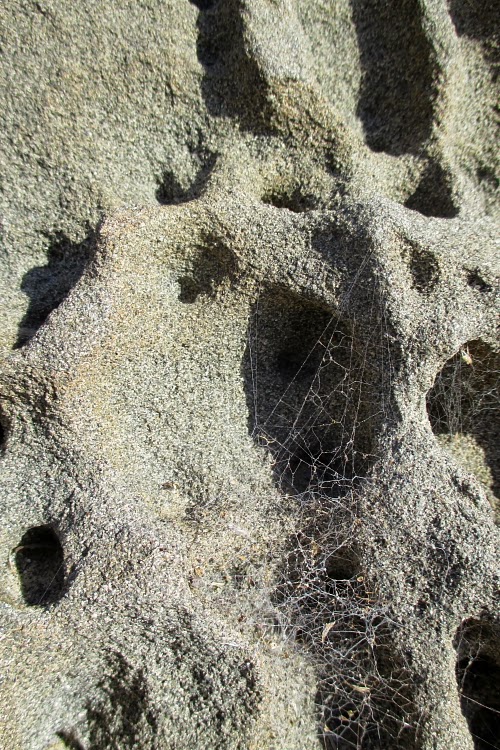 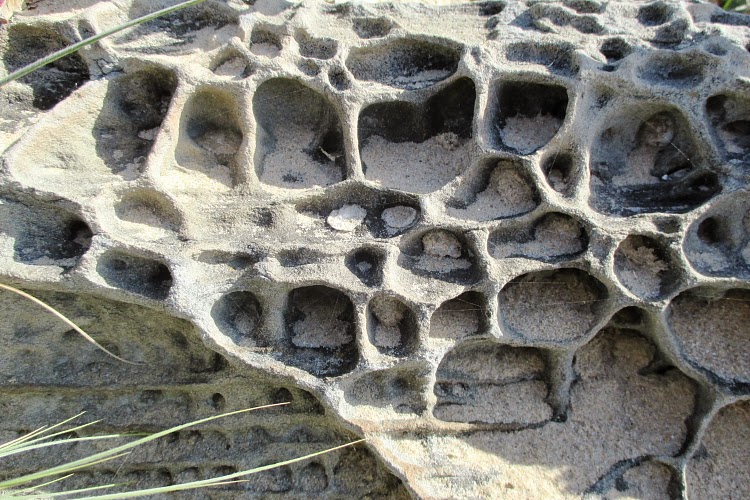 And here is where the "arty" connection is and the real reason for taking the walk to Nobbys - the lighthouse was host to "Coastal Journeys",  an exhibition by artists from the Hunter Arts Network. The opening was a tribute to the Aboriginal significance of Nobbys and the legend of the angry kangaroo  still residing at Nobbys was retold by Member for Newcastle, Sharon Claydon who officiated at the opening. ( PS my work is visible in the background) 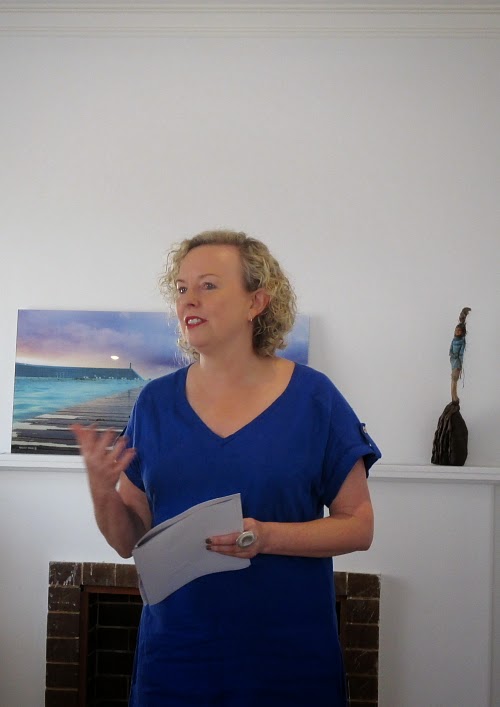 Nothing more to say about a coastal journey to Nobbys but to quote Australian poet, Judith Wright...
Turn home, the sun goes down; swimmer, turn home.
Last leaf of gold vanishes from the sea-curve.
Take the big roller’s shoulder, speed and serve;
come to the long beach home like a gull diving. 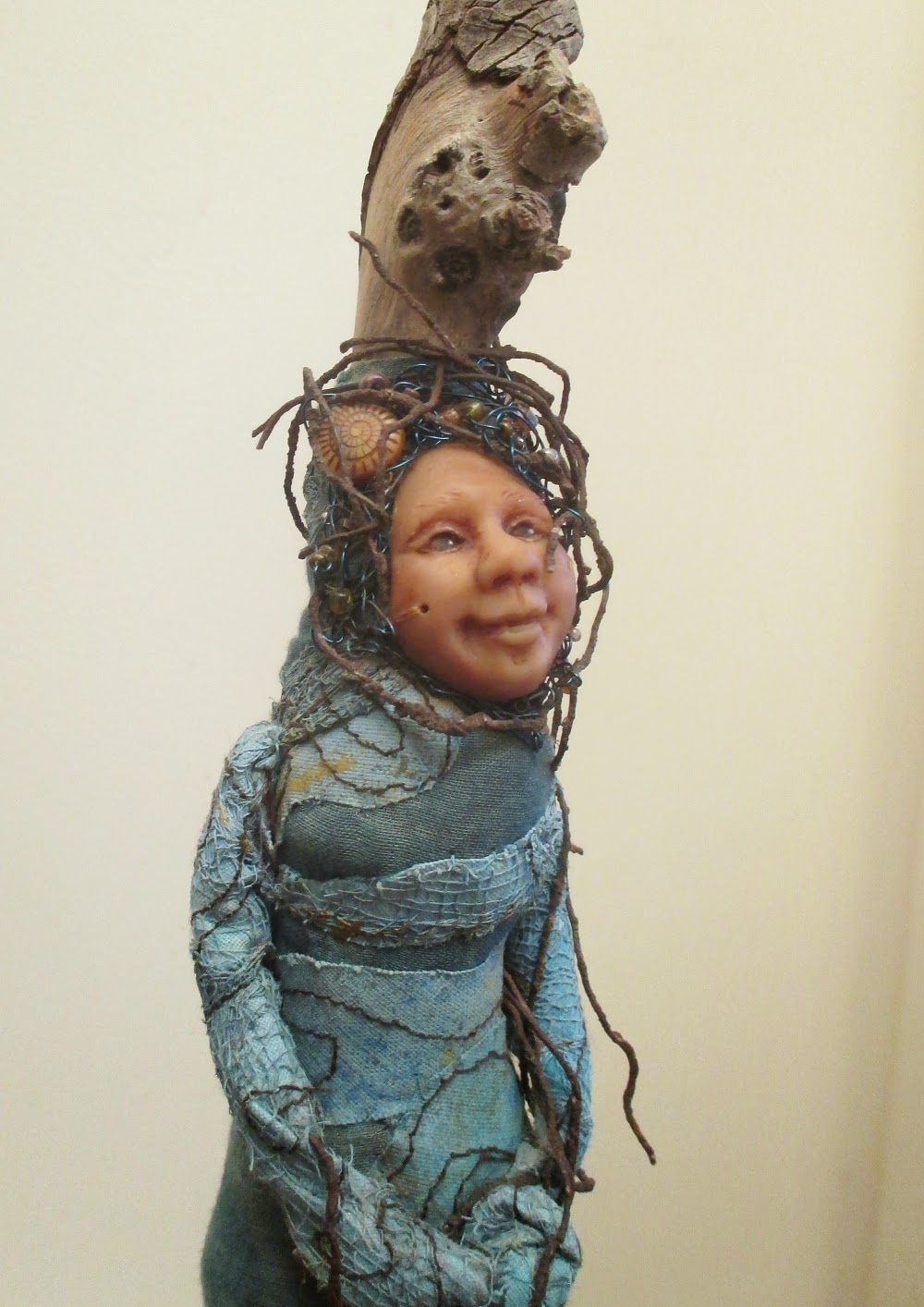 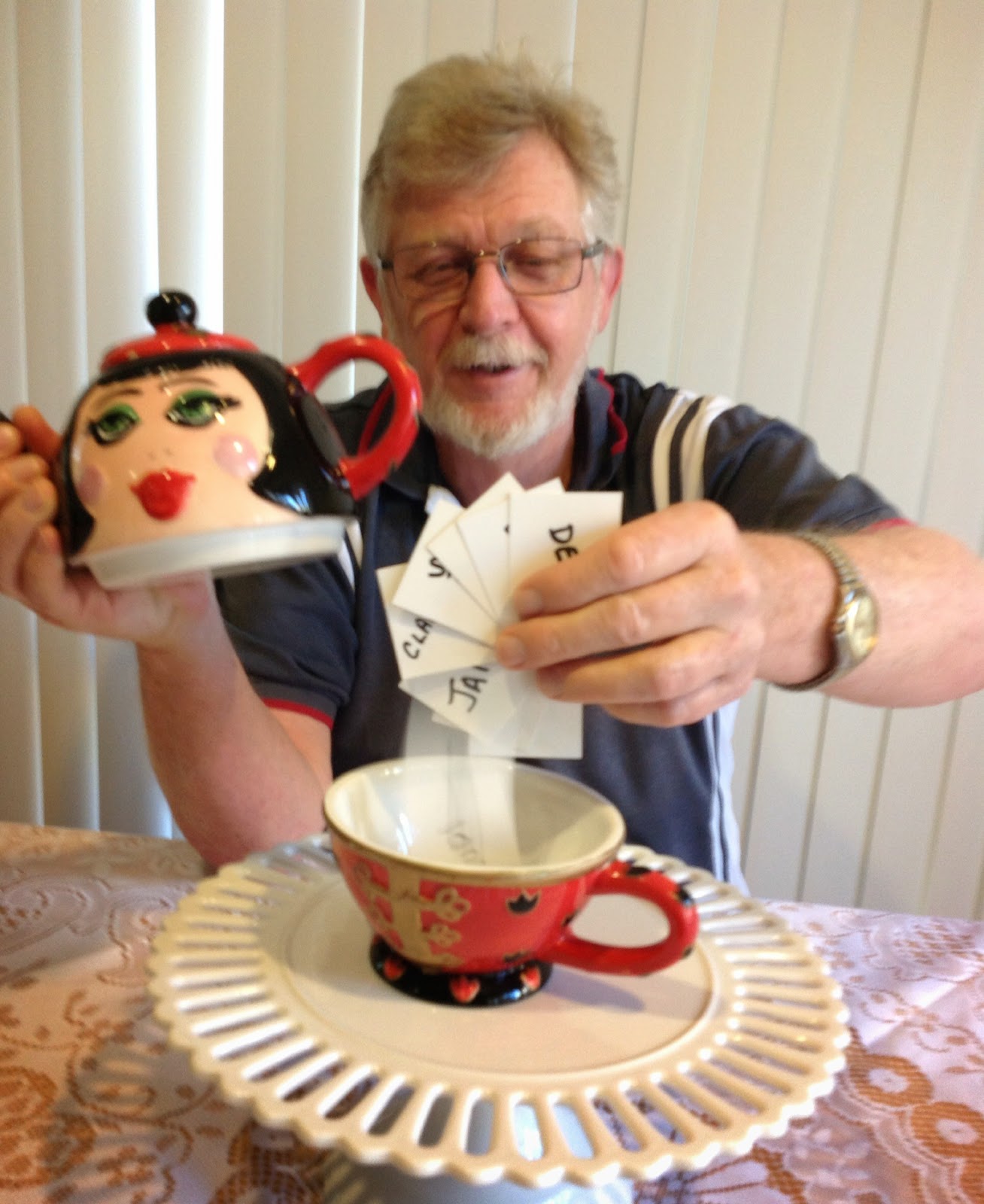 Fifteen minutes ago (5.15pm  Australian Eastern Summer Time), an independent competition official put all the names of  the blog/Facebook  giveaway participants  into a quirky container. 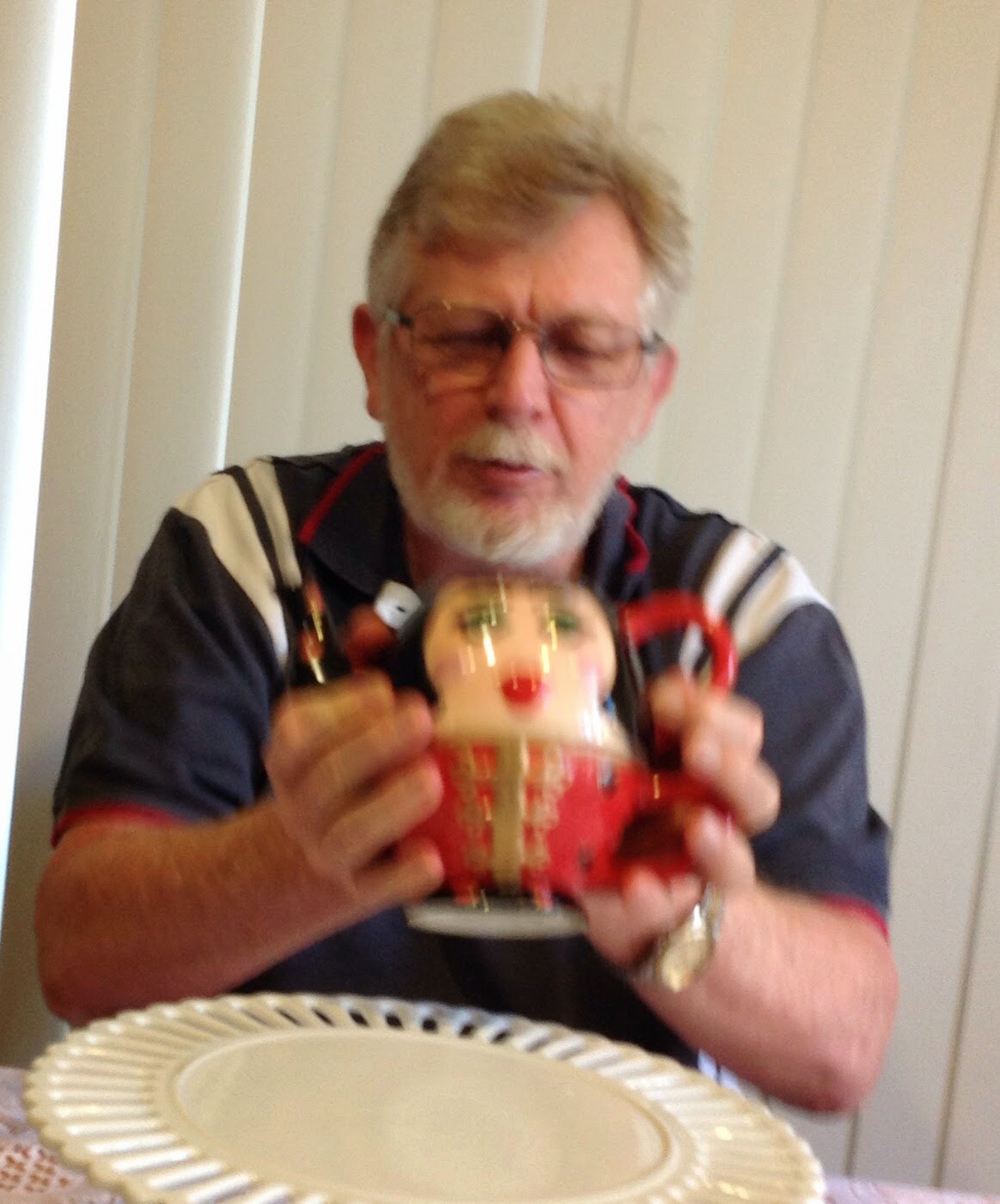 A little shake to ensure all the cards are evenly distributed. 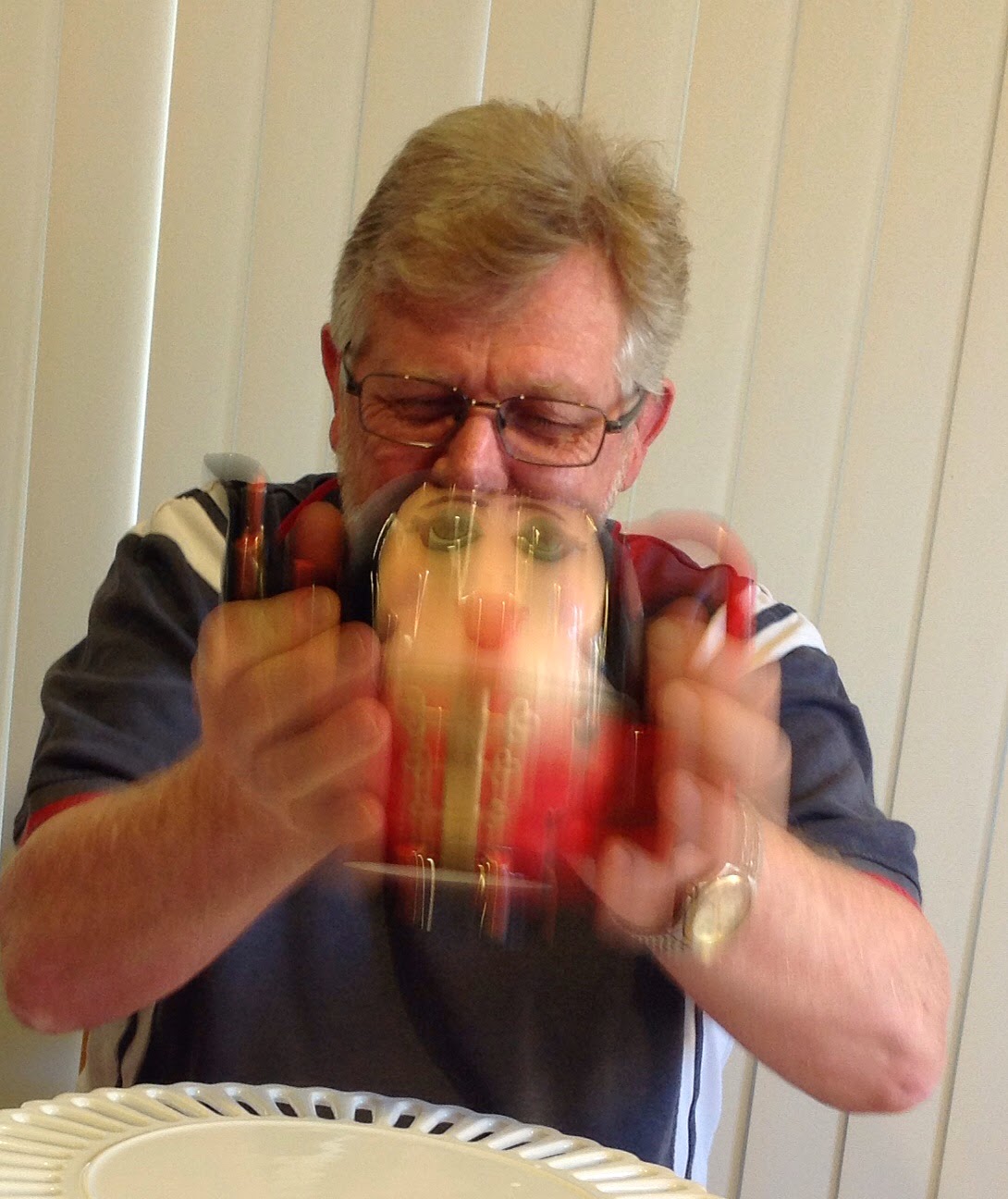 Just making sure - a bigger shake 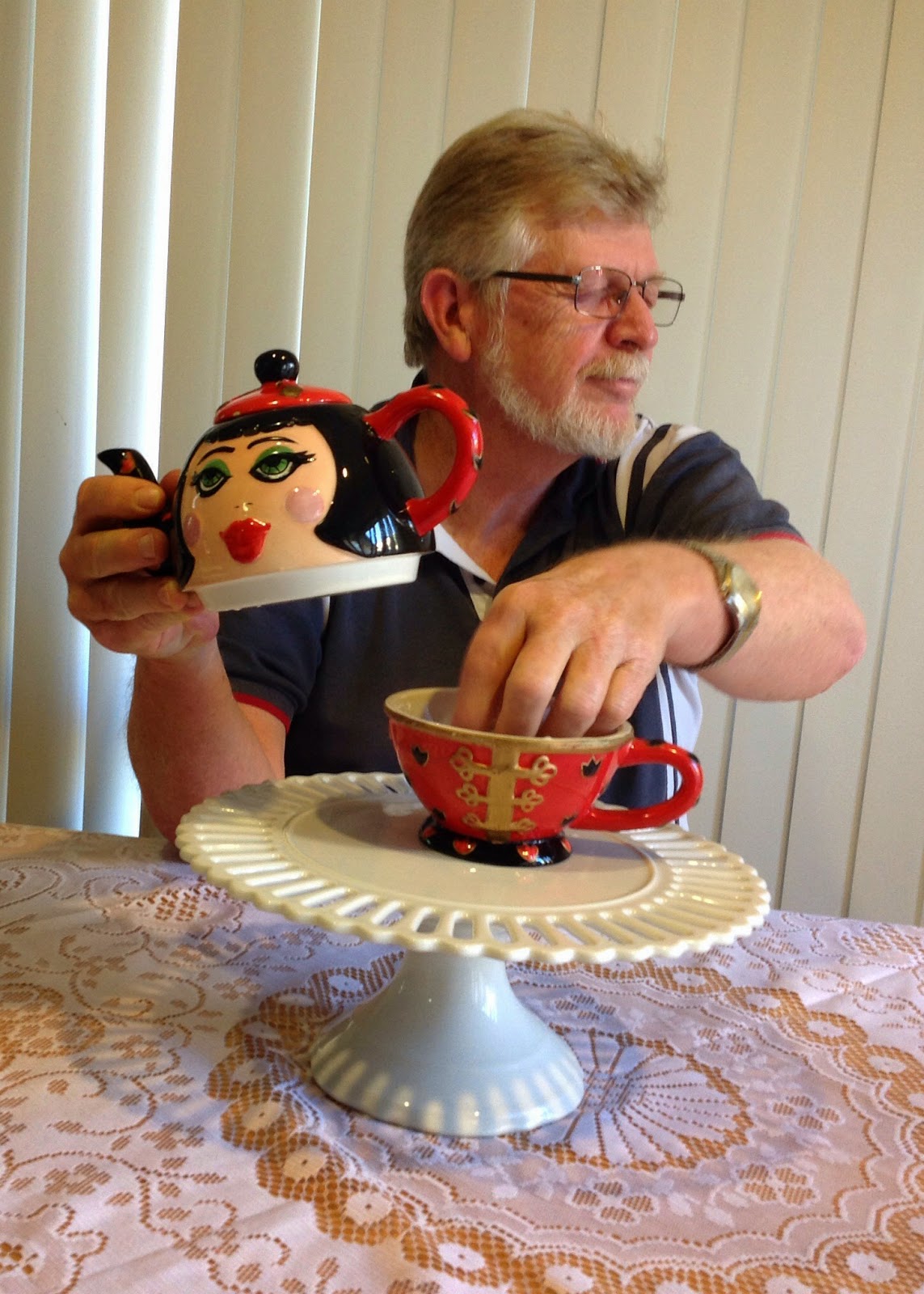 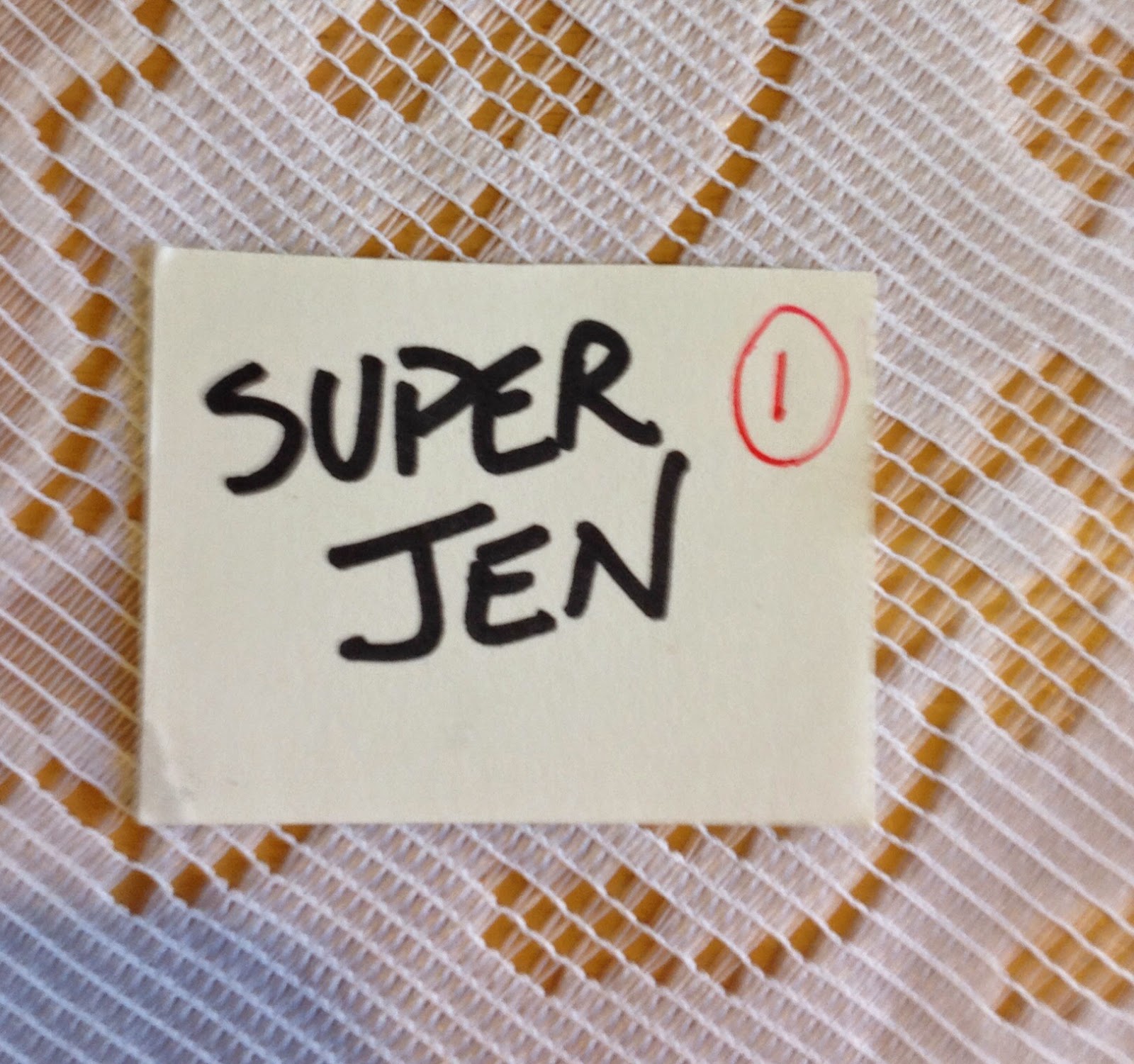 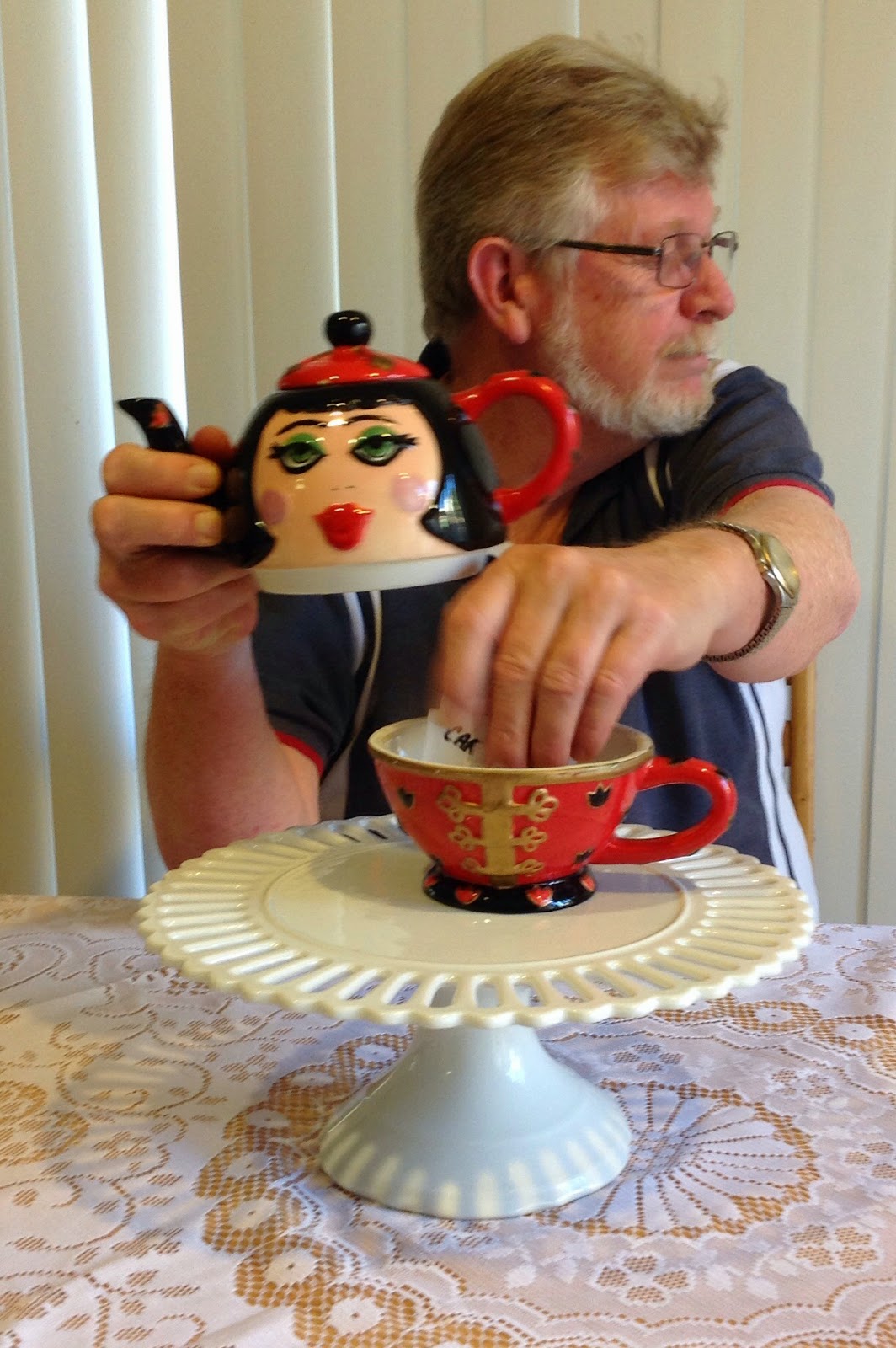 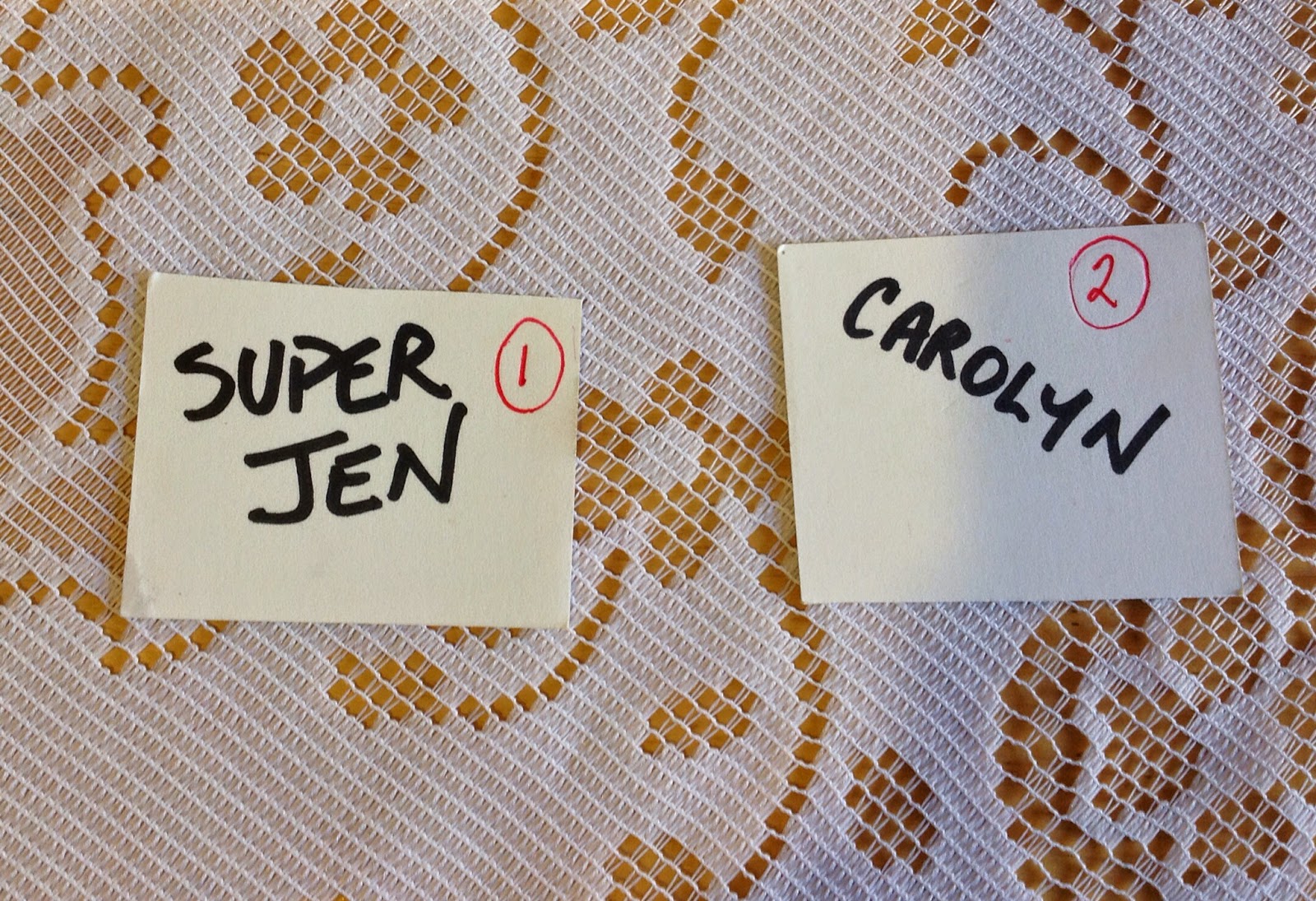 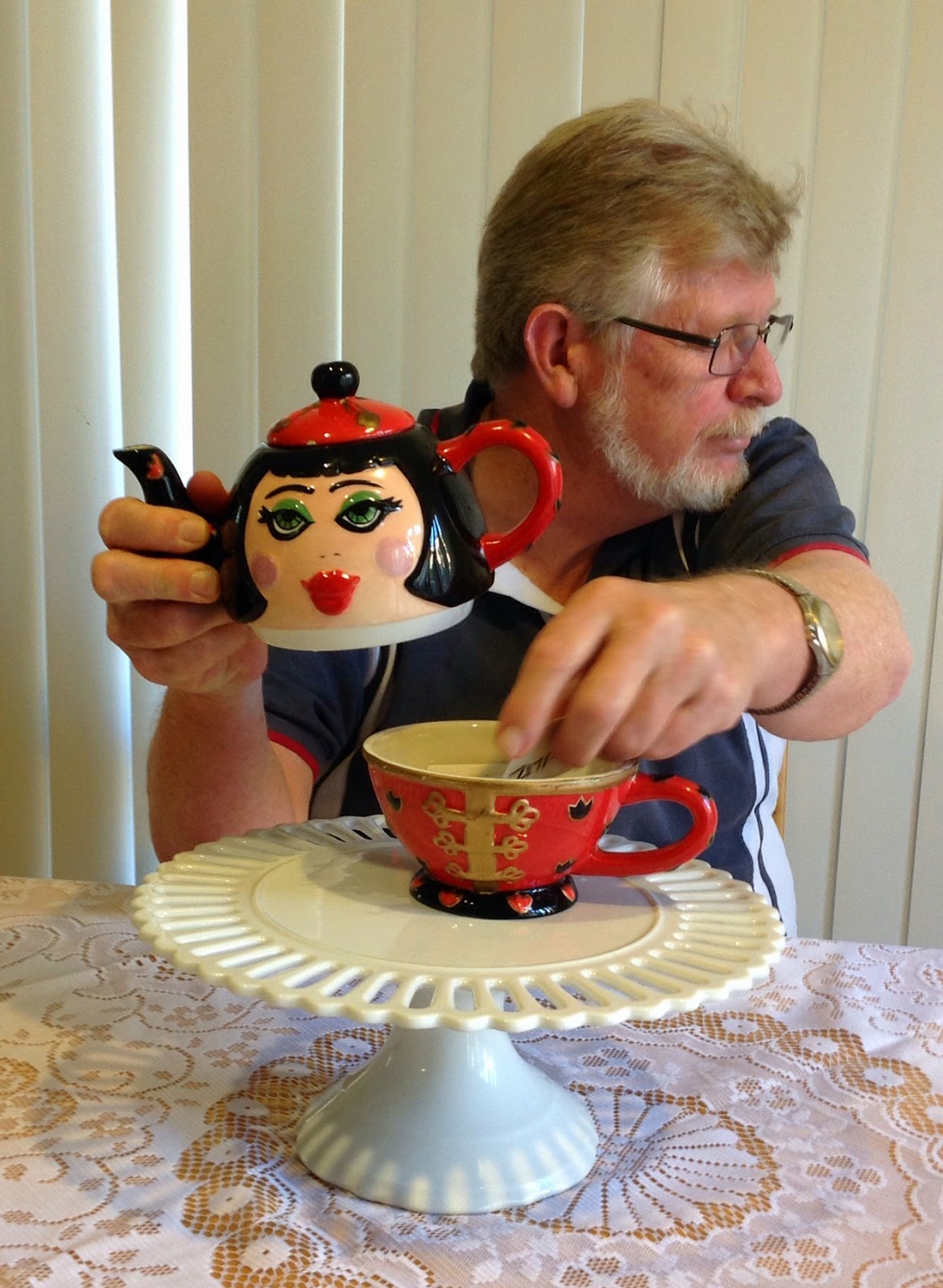 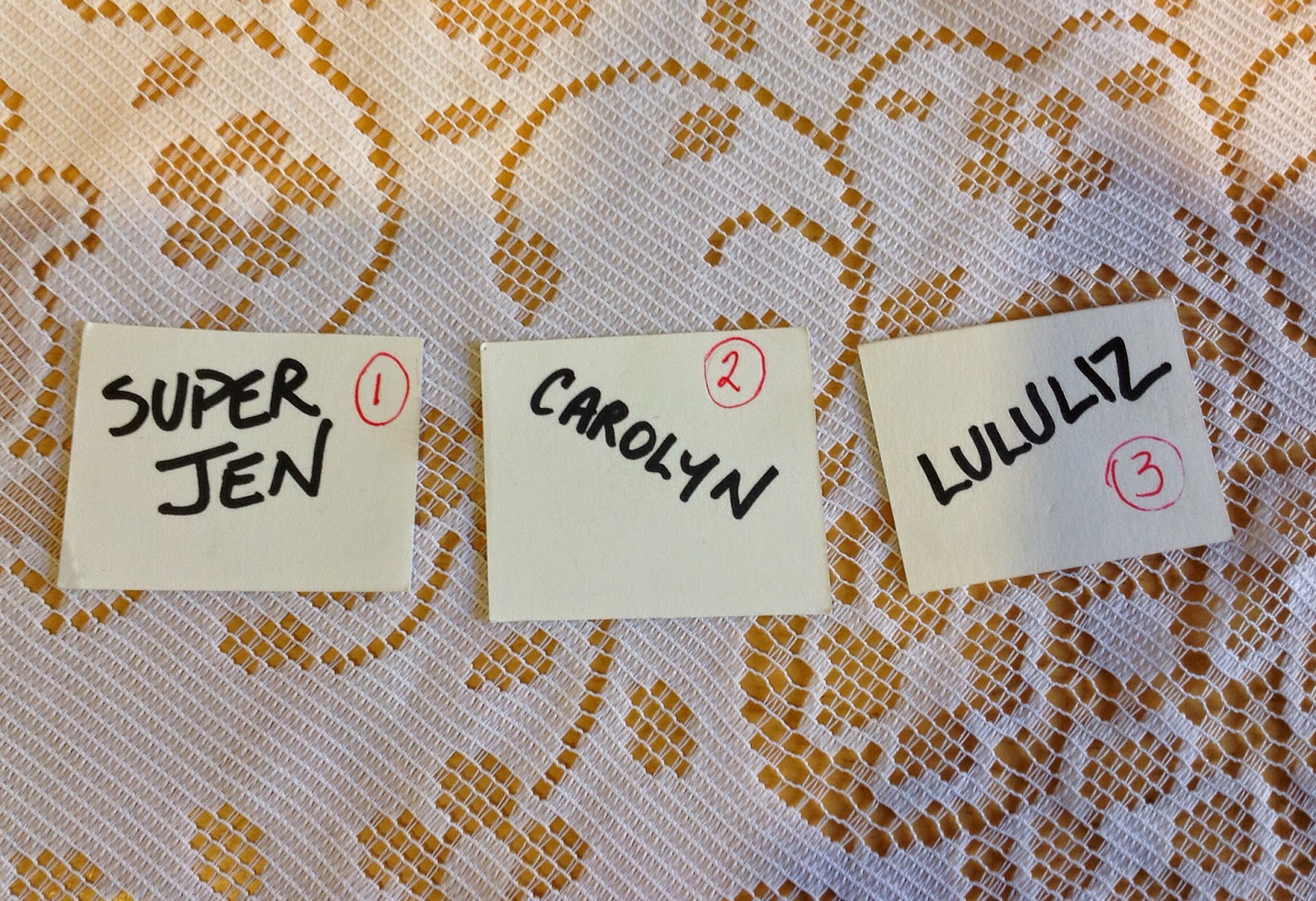 Thank you to all who left comments to be in the draw for this giveaway. It was so much fun that I think I'll have a few more before  the end of the year - perhaps with a Christmas theme, so be positive you could be the next winner. I will contact the three winners and will try to mail the tag sets off as soon as I get your postal addresses... Congratulations
Posted by Wilma Simmons (Empress Wu Designs) at 5:43 PM 1 comment:


To say the last month has been busy is an understatement. This weekend, my work will be in three art exhibitions in Newcastle and the Hunter Valley. "Leaves of Distinction" continues at Timeless Textiles Gallery, 90 Hunter Street, Newcastle East until 12 October. I have been overwhelmed by the number of visitors to the exhibition already and the positive response. Thank you to all who have visited either in person, or the online virtual tour here or  photographer Henk Tobbe's Flickr page . 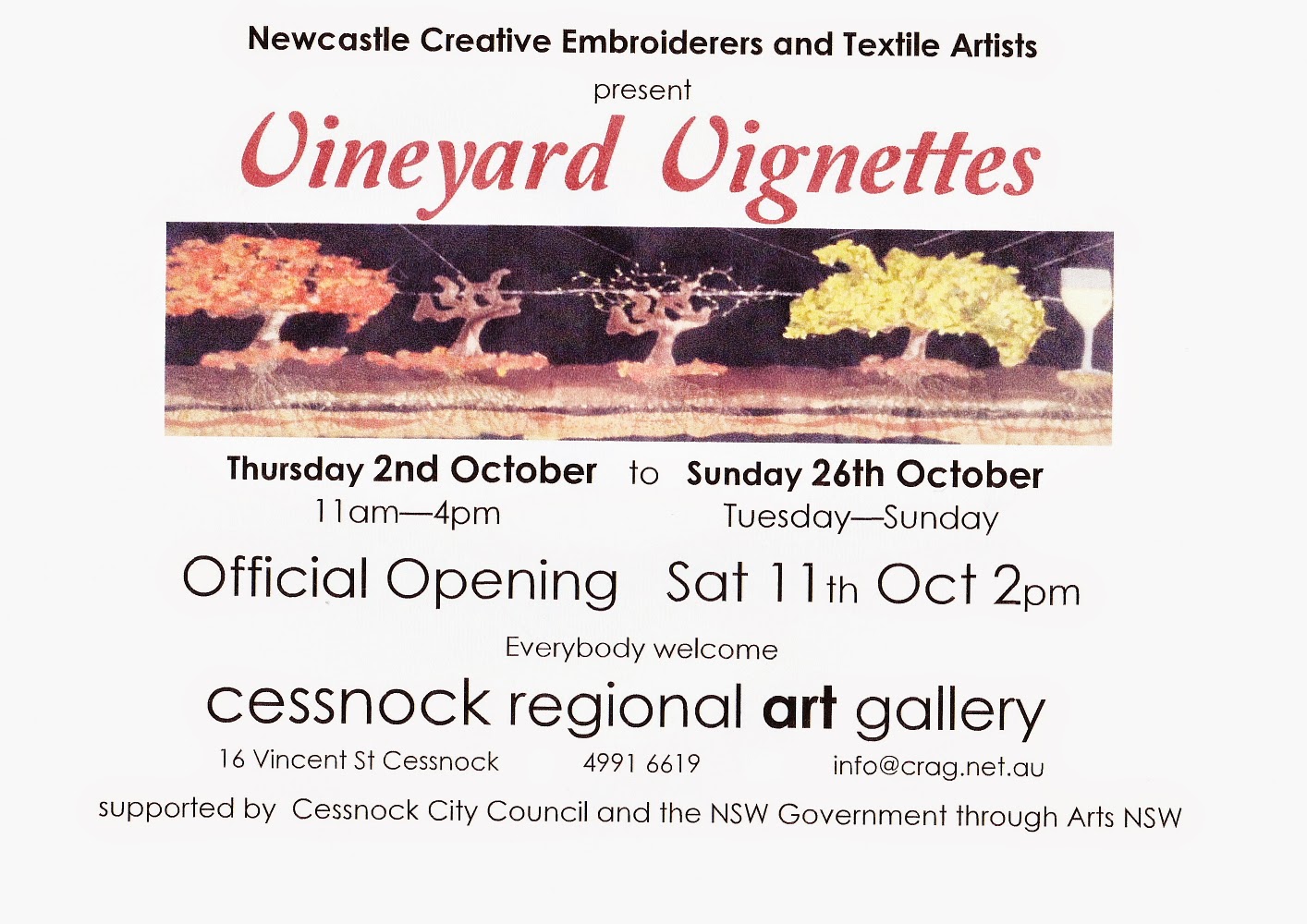 Today, NCEATA (Newcastle Creative Embroiderers and Textile Artists) opened a group exhibition at the Cessnock Regional Art Gallery, which will continue there until 26 October. I have two art works in this exhibition - Valley Girls - one depicts the colour of the tourist aspect of the wine industry in the Hunter Valley and the other, with eco dyed fabrics, represents the environment. Both of these art dolls are built on wine bottle bases ( Hunter Valley wines, of course)
Opening on Saturday, the Hunter Arts Network Exhibition, Coastal Journeys will be held at the iconic Nobby's Lighthouse. I have one mixed media sculpture in this exhibition - Driftwood Daydreams ( a driftwood, clay,and fabric sculpture with wire and glass beads embellishment) 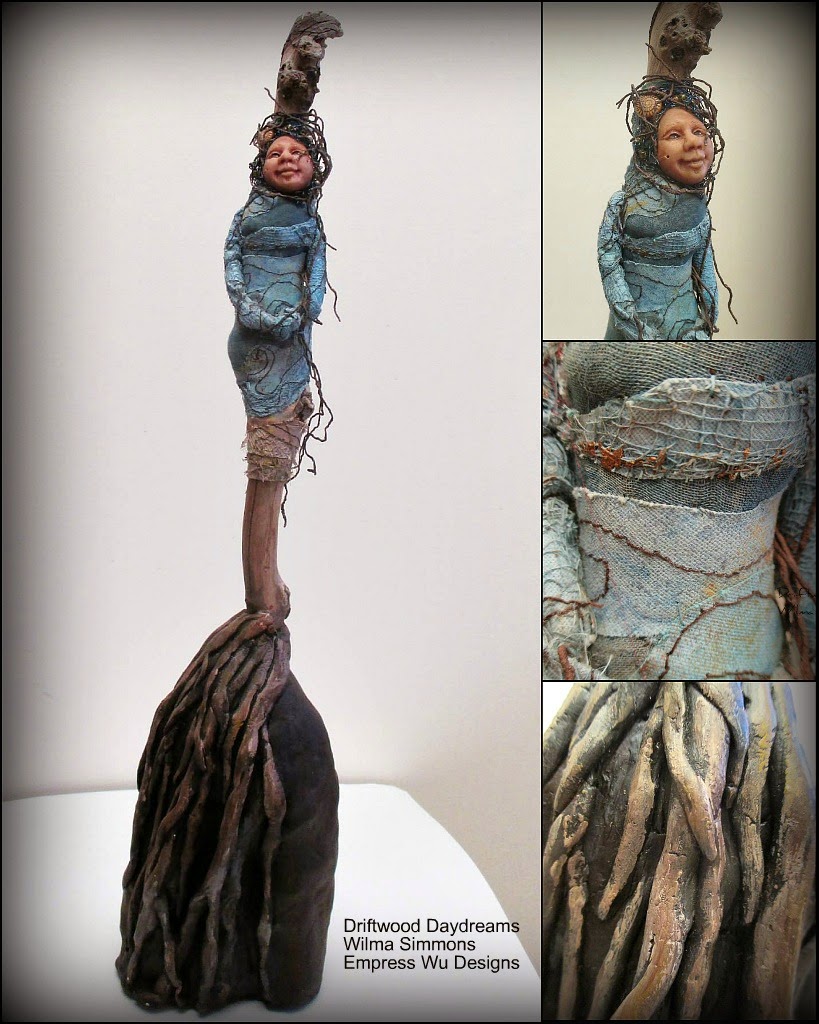 Hope you add one of these art events to your holiday weekend activities....
Posted by Wilma Simmons (Empress Wu Designs) at 5:46 PM 2 comments: