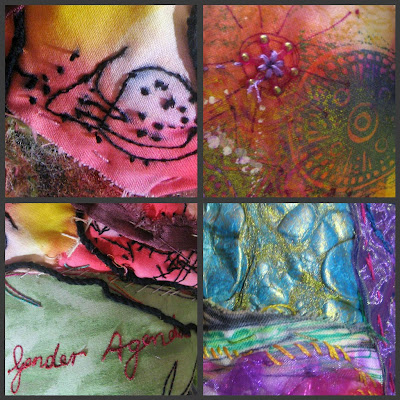 'Mad as a March Hare" ... so the saying goes - describing the  excitable behaviour of hares in March.
I must admit I am feeling a little "hare-brained" this month with so much happening.
The first big March event was the culmination of 'Spreading Wings' the community art project I coordinated for International Women's Day. The concept was to work collaboratively to create a fibre sculpture in a series of free textile art workshops. Eight workshops were held and over thirty people participated, learning textile art techniques and contributing to the sculpture. The unveiling was held on the eve of International Women's Day. The following photos tell a little of the story...


Postscript: The bird sculpture was named Adelina ( Spanish name meaning 'noble and winged') and was auctioned with the successful bid being announced this week.  The proceeds of the auction will be donated to support the work of Jetsunma Tenzin Palmo who is a spiritual leader and teacher of young Buddhist women.  (Learn  more about her life in the biography and film, Cave in the Snow).
Thanks to all contributors to the project which in turn will help so many more women in less favourable circumstances than ours.
Posted by Wilma Simmons (Empress Wu Designs) at 6:12 PM No comments: 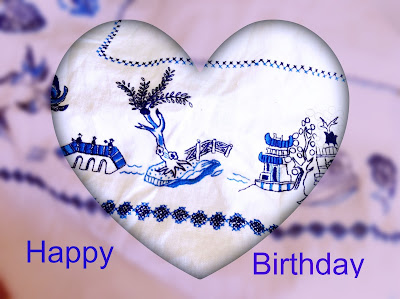 Today is my mother’s birthday  - Happy Birthday, Mum. Going strong and creative at 88!
This morning, I uncovered my embroidery which I have been “working on” for a few birthdays now. In the absence of the finished Willow Pattern tablecloth, I created a treasury of beautiful Willow Pattern inspired items I found on Etsy. Hope you and all those who love "blue and white" enjoy it.
Link : http://www.etsy.com/treasury/NTcyNDAwNHwyNzIxNTA0NDg5/willow